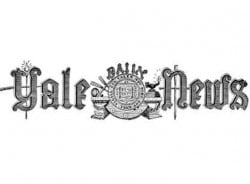 Ivy Coach is featured in “The Yale Daily News” in a piece about the school’s Early Action application figures.

Ivy Coach was featured recently on the pages of “The Yale Daily News,” the newspaper of Yale University. In a piece entitled “Early apps increase at peer schools” by Jon Victor, it’s detailed how Yale saw an overall — albeit minor (0.6% is what we’re talking about!) — decrease in applications this fall for the Single Choice Early Action round. As Victor writes, applications for the Early Decision round at Penn and Dartmouth were up this year — by 2.5% and 2%, respectively. Princeton’s Single Choice Early Action applications were up by 9.4% (a nice jump indeed), although applications to Yale were still higher (even though the school didn’t get as many as it did during last year’s Early round).

But the decrease in total applications may have been due to the school specifically targeting underprivileged and underrepresented students — which is a really good thing! As Ivy Coach is referenced in the admissions article, “Brian Taylor, director of Ivy Coach, a New York-based college consulting firm, said the lack of growth in Yale’s early application pool may be due to these efforts, which would come at the expense of garnering more applications overall. As resources are limited, he said, it may be difficult for colleges to focus their outreach on specific groups while also increasing their applicant pools. Still, he said, he would applaud Yale if that were the reason for the decrease in applications. ‘If that’s the case, kudos to Yale,’ Taylor said.”

Slight variations in applications from year to year are nothing to get nervous about. Would Yale have preferred applications increased this year? Of course. But their Dean of Admissions is intent on bringing Yale a more diverse student body than ever before and for this, we applaud him as well as the university he represents.