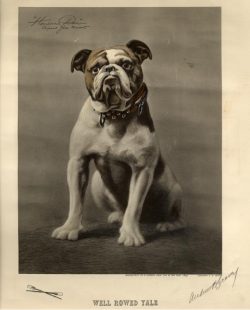 Congratulations to Handsome Dan and the Yale Bulldogs on their 2017 Ivy League football title.

It was Yale University that ended up on top of the 2017 standings, completing Ivy League play with a 6-1 record. It was Yale’s first Ivy League championship since 2006, when it claimed a share of the title with Princeton University. This marked Yale’s 15th Ivy League title. The University of Pennsylvania and Dartmouth College have 18 titles each, while Harvard University has 17 titles. So while very few would have predicted that Yale would win the Ivy League outright this year, it’s not the weirdest thing to happen since Mariah Carey’s 2017 New Year’s performance.

What was more unusual was that Columbia University, winner of a grand total of one Ivy League title, finished in second place with a record of 5-2 (along with perennial powerhouse Dartmouth College). Columbia, which was atop the Ivy League football standings for much of the 2017 season, hasn’t won even a share of the Ivy League championship since 1961. For you philosophy majors out there, that was 56 years ago — quite a long time! So what a year it was for the Columbia Lions. Coach of the Year honors for Columbia head coach Al Bagnoli was well deserved indeed and we salute him for resurrecting the Lions’ program! With a record of 4-3, University of Pennsylvania finished in 4th, while Harvard University completed play with a losing record of 3-4. Yikes for Harvard. Cornell University also finished with a 3-4 record, while Princeton University finished 2-5 and Brown University finished winless in 2017 conference action.

What do our readers think about the 2017 Ivy League football final standings?