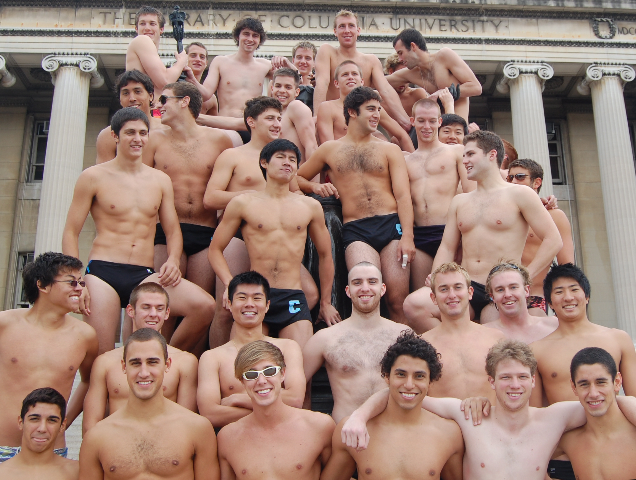 This is the Columbia Men’s Swim Team. How many swimmers do you count in this photo? We counted 33. And some may just not be in the photo. Now go to the Yale Men’s Swim Team website. You’ll notice only 29 names. Yale athletic teams are undermanned and this is an intentional admissions strategy from the very top

Yale athletic recruiting isn’t like athletic recruiting at other Ivy League colleges. Why not? Well, it can all be traced to the actions of Yale’s president, Richard Levin. If you’re familiar with “Moneyball,” one could well argue that Richard Levin is in some ways the Billy Beane of Ivy League sports. The Oakland A’s are a small market team with a payroll that simply doesn’t compare to teams like the Yankees. And yet for many years, Beane’s teams found a way to compete by going after players that other teams undervalued. He found a way to transform a subjective scouting system into an objective system built on the foundation of data-driven analytics. Richard Levin hasn’t gone this far but he has certainly put his stamp on Yale athletics.

When Yale’s athletic director, Tom Beckett, took office in 1994, Levin charged him with trimming athletic rosters across the board. He simply didn’t want so many admissions slots reserved for recruited athletes. Said Levin in 2010 to the “Yale Alumni Magazine,” “I have wanted to maintain a strong athletic program, and I believe we have demonstrated this can be accomplished without admitting quite so many athletes. We now admit significantly fewer recruited athletes than the Ivy League allows.”

Go to a swim meet, a volleyball match, a field hockey game at Yale and you’ll notice the disparity. There aren’t as many Yale athletes on the teams. Sometimes, you’ll see ten Yale athletes on one team and 20 Princeton athletes on another. The disparity is a big one! And yet Yale’s athletic teams are generally still all competitive. Many of the teams are in fact Ivy League champions. So the university is able to admit more students with grades and SAT scores to make the school one of the most academically competitive colleges – if not the most competitive college – in the country and at the same time field competitive athletic teams with fewer recruited athletes whose academic numbers are, overall, generally lower.

While you’re here, have a look at this post on Ivy League Athletic Recruits.