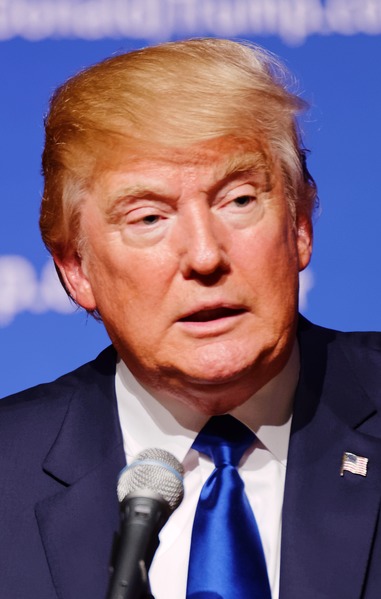 Anyhow, there’s a piece in “The Daily Pennsylvanian,” the newspaper of the University of Pennsylvania, that discusses Donald Trump’s undergraduate education and we figured we’d share it with our readers, since our post on Trump did generate quite a bit of traffic. Like him or not, the man is a media machine. What can we say. Here’s what Dan Spinelli wrote in his piece on Trump in “The Daily Pennsylvanian”: “Whenever his intellectual credibility is questioned or mocked, Republican presidential candidate Donald Trump is quick to remind everyone where he attended college. ‘I went to the Wharton School of Finance,’ he said multiple times in a July 11 speech in Phoenix, Ariz. ‘I’m, like, a really smart person.’ Trump transferred into Wharton’s undergraduate program — then known as the Wharton School of Finance and Commerce — after spending two years at Fordham University in New York. He graduated in 1968 and has embraced the school’s card-carrying prestige ever since.” He sure has.

The piece goes on to say, “In an Aug. 16 television interview on NBC’s ‘Meet the Press,’ he described the school as ‘probably the hardest there is to get into.’ He added, ‘Some of the great business minds in the world have gone to Wharton.’ ‘Why do you have to tell us all the time that you went to Wharton?’ moderator Chuck Todd asked. ‘People know you’re successful.’ ‘They know it’s a great business school,’ Trump replied. Despite Donald Trump’s repeated touting of his Wharton diploma, the school has declined to comment to various news organizations about the famous alum…’In my opinion, that [Wharton] degree doesn’t prove very much, but a lot of people I do business with take it very seriously, and it’s considered very prestigious,’ Trump wrote.”

Do you believe that Trump’s flaunting of his Wharton degree while stumping on the campaign trail is good or bad for Wharton and the larger University of Pennsylvania? We’re curious to hear what our readers think so be sure to post a Comment below. Oh, and be sure to note how Donald Trump may well have been admitted to Wharton because of a ‘friendly favor’ from an admissions officer who happened to know his older brother. Who you know can matter. Anyone who suggests otherwise happens to be incorrect.