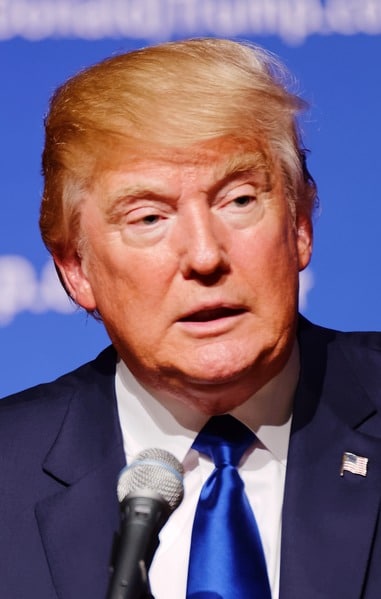 Donald Trump did go to Wharton but many of his voters don’t know or don’t care about his educational credentials. And rightly so. The man is not nineteen years old (photo credit: Michael Vadon).

An article in “The Daily Pennsylvanian” by Ellie Schroeder focuses on how Donald Trump supporters don’t necessarily know — or care — that he attended the University of Pennsylvania’s The Wharton School. We’re certainly not surprised. Donald Trump isn’t exactly fresh out of college so why would where he attended college play a pivotal role as he competes for the Republican nomination for the presidency? It simply wouldn’t. Degrees from top colleges can be very important in shaping one’s career early on and especially in building a valuable network, but once you’re a success, your life’s work speaks more to what you can do going forward than where it is you went to college.

As Schroeder writes in the piece on Trump’s educational background, “The only person interviewed who knew that Trump went to Wharton, a Philadelphia native in his 60s who now lives in South Carolina, said his education wasn’t impressive, instead citing Trump’s status as a self-made entrepreneur as the reason he was qualified to lead the country. ‘Don’t forget the story: His father told him not to go to Manhattan, and he did and he made it big,’ he said, adding, ‘I like the fact that he doesn’t take any stuff from anyone. People from Philly don’t take stuff from anyone either.’ Voters’ ignorance of Trump’s Ivy League business background shows that the prestigious Wharton degree — which non-Trump supporters, especially Penn students and graduates, might assume is central to his popularity — is largely irrelevant to his surge in support.”

We’re not sure anyone believed Trump’s Wharton degree was central to his identity. Has he dropped the name Wharton a few times on the campaign trail? Absolutely. And we’ve made fun of him for it. But he’s certainly not going to earn the nomination of the Republican party because he went to Wharton. Establishment candidates went to great schools too. Ted Cruz, a sitting U.S. Senator, graduated from Princeton University in 1992 and from Harvard Law School in 1995. But he’s not exactly capitalizing on these credentials to appeal to his evangelical base, now is he?