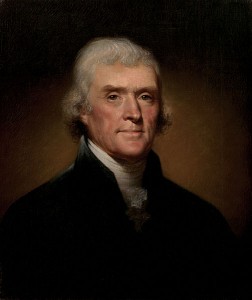 Thomas Jefferson High School for Science and Technology in Alexandria, Virginia (or TJ as many folks like to call the school) is one of America’s most prestigious high schools. It’s also, in our experience, one of America’s most competitive high schools in that the students — and their parents — compete against each other in a very cutthroat style as the students seek to gain admission to the colleges of their dreams. For New Yorkers, think Stuyvesant or Bronx Science. And a story coming out of Thomas Jefferson High School for Science and Technology this week about a student who lied about her admission to Stanford and Harvard is certainly a symptom of this college admissions mania.

As reported by “The Washington Post,” a student named Sara claimed that Mark Zuckerberg called her to lobby her to attend Harvard. We thought that odd when we first read about it since Zuckerberg didn’t in fact graduate from Harvard and why on earth would he be spending time out of his day in the hope of convincing high school students to attend the institution he dropped out of? Surely he does some work for Harvard, but the notion that he would be utilized to sway a teenager to go to Harvard over Stanford seems beneath the co-founder of Facebook.

As reported by “The Washington Post,” “The Korean math prodigy at one of the nation’s top high schools had Facebook’s Mark Zuckerberg on the phone, personally encouraging the teenager to attend Harvard University. She received letters from Harvard professors, encouraging her to bring her brilliant abilities to Cambridge next fall instead of accepting her admission to Stanford University on the opposite coast. As the student struggled to decide between five-figure scholarship promises from both schools, she received a novel offer: She could spend two years at each elite school as part of an arrangement just for her. The exciting dual-enrollment opportunity garnered star-struck coverage from Korean media outlets, which dubbed her the ‘Genius Girl.’ But none of it was true.” And, indeed, no such program where you spend two years at Harvard and two years at Stanford exists.

Did she really think that she wouldn’t get caught? Oy vey is right. Although this student’s photo has been featured in major news publications over the last couple of days, it’s a good thing most have been referring to her simply as Sara. Because this is the kind of story that would stay with her throughout her life, as she applied to graduate schools, jobs, etc. Frankly, it already will. This college admissions hoax has made headlines around the world. It’s a black eye for the student. It’s a black eye for TJ.