The Role of Legacy Admission at UPenn 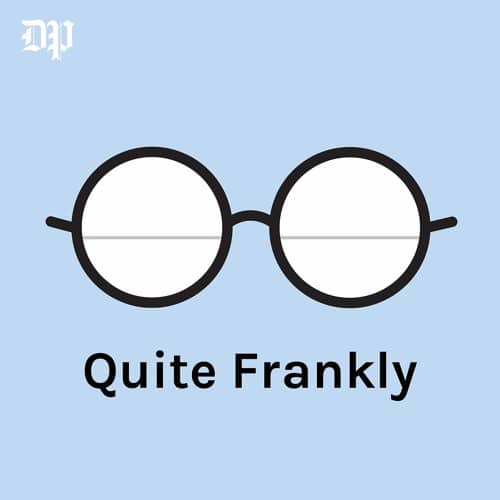 Ivy Coach is featured in a podcast today for “The Daily Pennsylvanian’s” “Quite Frankly.”

A quarter of students admitted through Early Decision to the University of Pennsylvania’s Class of 2022 are the children and grandchildren of UPenn alumni. That’s right — 25%. It’s an astounding statistic, especially considering legacy students made up only 16% of this year’s Early pool. Legacy students were almost twice as likely to earn admission as non-legacy applicants. But it’s not like the University of Pennsylvania is alone in offering preferential treatment in admissions to legacy applicants. All highly selective colleges are guilty of favoring the children and grandchildren of alumni, with some being more guilty than others (e.g., schools like UPenn that count the children of degree-holders from graduate programs as legacies rather than simply the children of alumni of the undergraduate school). An outstanding podcast for “The Daily Pennsylvanian’s” “Quite Frankly” examines the role of legacy admission at UPenn and at other highly selective colleges across America, exploring both the arguments that favor the practice and those that oppose it. Ivy Coach is featured in this podcast conducted by Jacob Gardenschwartz and Anika Ranginani and it’s certainly worth a listen.

The Arguments in Support of Legacy Admission

Legacies Give Back to Their Alma Maters…But Exactly How Much?

As Dr. Richard Kahlenberg, a senior fellow at The Century Foundation whose writings on legacy admission we very much respect, asserts, legacy admission started in the Ivy League in the early part of the 20th century — out of a concern over a rise in Jewish and immigrant students applying to the universities. Indeed the history of legacy admission, a distinctly American practice, is one built on discrimination. As Brian Taylor of Ivy Coach points out on the podcast, the argument in favor of legacy admission is the legacy of giving. As he says, “When you admit the children and the grandchildren of people who attended previously, you create generations of people who are going to give back monetarily to the school…tuition dollars only pay a portion of what it costs to educate a student at the University of Pennsylvania.”

At least that’s what admissions officers think and so it’s why they favor legacy applicants. Whether it’s the case or not, because it’s perceived to be the case, it is built into the standard operating procedure of admissions when offers are weighing students’ case for admission. And in many specific instances, legacy families do give back big time to their alma maters. Think of the names on buildings at the University of Pennsylvania. Of course the children and grandchildren who hail from these families will become part of these generations of giving. But, as Dr. Kahlenberg interestingly points out, there is little empirical evidence in the whole collective pool of legacy applicants (not just the specific cases like the children of building donors) to suggest that the “existence of a legacy preference [has] any significant impact on giving.”

This argument, one admissions officers are quick to publicly tout, is that legacy status doesn’t give an applicant a major advantage. It’s really only if two students are equal and one’s a legacy and one isn’t, the legacy card will break the tie. This argument, of course, is utter nonsense — as the statistical advantage legacies enjoy at UPenn so proves. As Dr. Kahlenberg points out, there is research that has found that legacy status increases a student’s chances of admission by 20 percentage points, while other research concludes legacy status is the equivalent of a 160 point increase on the SAT.

The Legacy Applicants Are Qualified Argument

The Arguments Against Legacy Admission

Legacy admission disproportionately benefits white, high-wealth families. The practice, as Jacob asserts, stands in direct opposition to fostering diversity at an institution. Alumni from 25+ years ago at our nation’s most highly selective colleges are overwhelmingly white. Ironically, we’re now nearing the age when the children from more diverse alumni bodies will be applying to our nation’s highly selective colleges. So some would argue that to eliminate the practice now — as we near the moment when the practice can finally benefit African American, Latino, Native American, and other diverse young people — isn’t right either.

Violation of Our Tax Code and the Nobility Clause of U.S. Constitution

We have long echoed the words of Dr. Kahlenberg — that legacy admission violates our tax code, 26 U.S. Code § 170 to be specific. Parents who make tax-deductible donations should not receive anything in return for their donations. Certainly not preferential treatment for their children in admissions. Others argue that legacy admission at public university violates the Nobility Clause of the U.S. Constitution (otherwise known as the Emoluments Clause). We’re not exactly sure how legacy admission violates this particular clause, though we’re certainly open to hearing the argument.

Have a question on the role of legacy admission at UPenn and at other highly selective colleges? Let us know your questions, your concerns, your thoughts, and aspirations by posting a Comment below. We look forward to hearing from you.