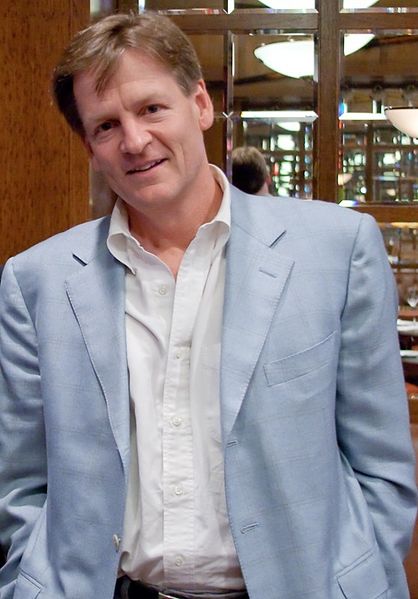 Michael Lewis, author of “Moneyball: The Art of Winning an Unfair Game,” will be addressing the graduating class of Princeton University this June (photo credit: Justin Hoch).

This past Sunday on “Meet The Press,” Michael Lewis, the bestselling author of such notable books as “Moneyball,” “The Blind Side,” “The Big Short,” “Boomerang,” and “Liar’s Poker,” spoke about what it meant to be the Princeton graduation speaker this spring. A 1982 graduate of Princeton University with a degree in Art History, Michael Lewis will be addressing the graduating class of his alma mater precisely 30 years after his own commencement ceremony.

Lewis has led quite the interesting life. After graduating from Princeton in 1982, he worked for a New York art dealer before enrolling at the London School of Economics (LSE) where he’d receive a MA in Economics. He then worked as a bond salesman for Salomon Brothers. He’d leave Salomon Brothers to pen “Liar’s Poker” and write for “Bloomberg,” “The Spectator,” and “New York Magazine.” His book “The Blind Side” focused on Lawrence Taylor and Michael Oher. The section of the book devoted to Michael Oher was adapted into what would become a surprise blockbuster sensation at the box office starring Sandra Bullock. She’d win the Oscar for Best Actress in this role. And “Moneyball” was recently adapted into a blockbuster as well with Brad Pitt and Jonah Hill in the leading roles. Both would be nominated for Oscars.

What we found amusing about Michael Lewis’ segment on “Meet The Press” was that he happened to mention that by speaking at Princeton’s commencement ceremony, he hoped his alma mater would feel obliged to admit his own children. He didn’t deliver this line with a smile. He seemed quite serious…which made it that much more amusing. Maria Shriver, also in the segment, then responded that he shouldn’t expect as much. But Mr. Lewis, rest assured, your children stand a much better shot of admission because of you than they would if you were not their father. They will indeed feel obliged and there’s a good chance that feeling of obligation will lead to offers of admission.

Check out this post on The Ivy League and Moneyball.