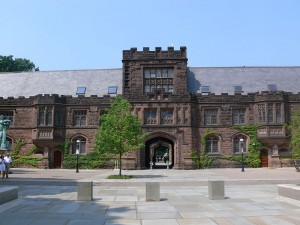 According to an article on Princeton’s grading policy in “The Daily Princetonian,” “‘The ad hoc committee believes that the concept of consistent standards has been interpreted primarily to mean consistent grades,’ Dean of the College and chair of the Committee on Grading Valerie Smith said at the meeting on Monday. ‘Meaningful standards should be course and discipline-specific.’…Several faculty members said they supported the suggested changes to the grading policy because the former guidelines affected students’ willingness to take risks in their course selection, damaged the collegiate atmosphere and discouraged students from applying to the University. Professors also noted that individual departments should be trusted to make their own grading decisions.”

So what are average grades at Princeton these days? If you’re curious, grades in the A-range increased from 40-43% over the course of the last three years. But from 2001-2004, this same figure stood at 47%. This 2001-2004 period marked the years right before the grade deflation policy of the last decade was in effect.

What do you think about Princeton ending its grade deflation policy? Do you agree with the Princeton faculty that this will lead to more students wanting to attend Princeton? Do you really think the grade deflation policy discouraged many students from applying to the university? We sure don’t! Princeton is Princeton. Their grading policy doubtfully discouraged too many applicants to one of America’s most prestigious universities.