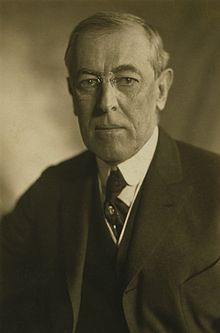 We’ve been monitoring the fight at Princeton University over the last few months over whether the school should or should not rename the Woodrow Wilson School of Public and International Affairs. In this age of the Black Lives Matter movement, the school’s name came under intense scrutiny since Woodrow Wilson, while an important figure in our nation’s history, also happened to be racist. Well, a decision has been reached. Princeton’s Board of Trustees, after a thorough review of the issue (they established the Wilson Legacy Committee to do such), decided to keep the name of the school as well as the Princeton alumnus’ name on all campus buildings. But the school “will change its informal motto,” according to “The Daily Princetonian.”

And that’s not all. As reported by Amber Park for “The Daily Princetonian,” “Other approved recommendations include establishing a pipeline program to encourage more underrepresented students to pursue doctoral degrees and diversifying campus art. The committee also recommended designating a Special Committee on Diversity and Inclusion within the board’s Executive Committee to oversee these actions…’The board strongly endorsed the committee’s report and recommendations, including its call for a renewed and expanded commitment to diversity and inclusion, and for much greater transparency in representing Wilson and his legacy, as well as the rest of our history, on our campus,’ said Chair of the Board Kathryn Hall ’80.”

Do you think that Princeton should have changed the name of its public and international affairs school? Do you think Woodrow Wilson’s name should have been removed from buildings across the Princeton, New Jersey campus? Or do you think the university did right and adequately acknowledged that one of its esteemed alums happened to also be a racist? Or do you believe Woodrow Wilson was simply a man of his times? We’re curious to hear from our readers so post a Comment below on Princeton’s reaction to this issue.