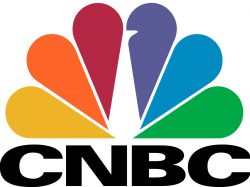 A “CNBC” piece focuses on the potential release to the public of Princeton admissions records.

A piece up on “CNBC” by Molly Hensley-Clancy entitled “Princeton is scrambling to block its admissions records from being released” paints a portrait of the fight Princeton finds itself in as it tries to keep students’ files from being released under the Freedom of Information Act. And who should be behind this push to get Princeton admissions files released to the public? Look no further than the anti-Affirmative Action group Students for Fair Admissions. It’s a group we’ve written extensively about over the years — including as recently as March 9th.

As Hensley-Clancy reports, “Princeton is scrambling to prevent the release of a trove of its most sensitive admissions documents, including individual student files and information about how the school judges and selects its freshman class. The data was provided to the Education Department as part of a years-long investigation, making it subject to Freedom of Information Act requests. If those requests are successful and the documents are made public, it could upend the world of Ivy League college admissions, shining an uncomfortable light on what is usually a clandestine process. It would also have the potential to deal a serious blow to affirmative action efforts by elite colleges. The group pushing to obtain the information is Students for Fair Admissions, an anti-affirmative action group whose founder and president, Edward Blum, has worked for decades to dismantle laws based on race and ethnicity, bringing several successful cases to the Supreme Court.”

It will be interesting to see if Princeton is able to successfully fend off the push by SFFA to release their admissions records. And we know regular readers of our college admissions blog are wondering, “But Ivy Coach…what does your crystal ball predict?” Our crystal ball predicts that those records won’t be released anytime soon. We have a feeling Princeton will be victorious in keeping their admissions files inaccessible to the public.

What are your thoughts on the potential release of Princeton admissions records?