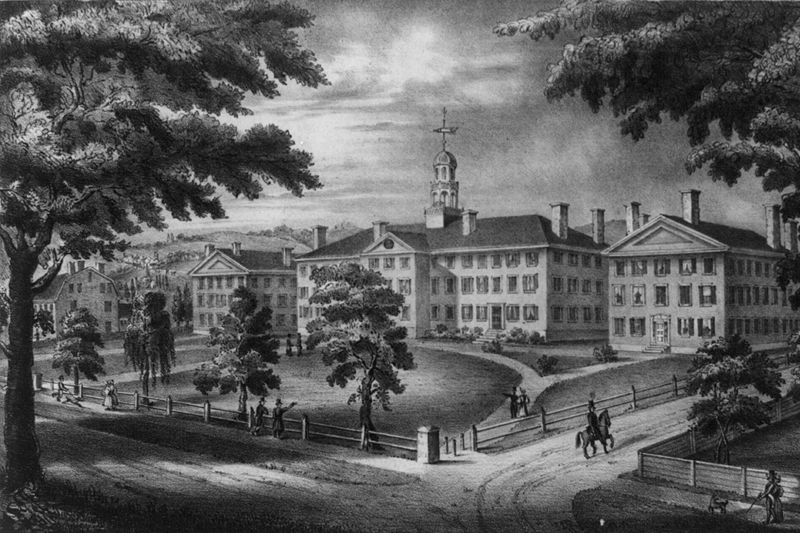 Dartmouth, situated in the important state of New Hampshire, plays an important role each and every presidential election cycle.

One of the benefits of attending one of the eight Ivy League colleges, Dartmouth College, is that it happens to be located in New Hampshire, home to one of America’s first primaries. As such, many of the presidential contenders, and their proxies, pass through Hanover, New Hampshire. It’s an important stop on the campaign trail. In fact, President Bill Clinton addressed a packed hall of 700 folks just a couple of days ago at the Hopkins Center’s Alumni Hall at Dartmouth, stumping for his wife. And Senator Bernie Sanders stopped by yesterday to give a speech at Dartmouth’s Spaulding Auditorium. Dartmouth students have the chance to witness the presidential election up close and personal.

No American president has ever graduated from Dartmouth College (although the school has graduated a vice president and tons of cabinet members), but every serious presidential contender passes through Dartmouth each and every election cycle.

According to a piece about Sanders’ speech at Dartmouth in “The Dartmouth,” “Democratic presidential candidate Bernie Sanders addressed a full Spaulding Auditorium last night in a speech organized by the Rockefeller Center for Public Policy and the Social Sciences and the Tuck School of Business. Sanders pitched much of his speech in support of the economically disadvantaged and against what he characterized as a powerful elite responsible for increasing wealth inequality…Sanders proposed progressive policies aimed at helping economically disadvantaged citizens such as three months of paid family leave, a living wage of $15 an hour, a large-scale federal jobs program intended to create 13 million jobs and a single-payer model of healthcare, all funded by higher taxes on the wealthy and financial institutions.”