Precocious Children at the Ivies 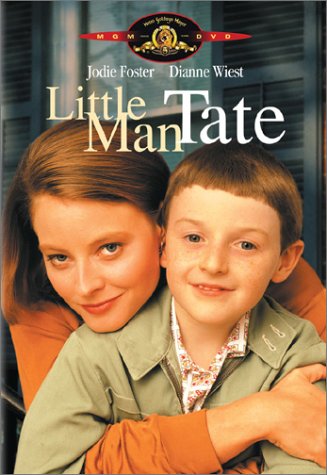 Anone remember the movie “Little Man Tate”? We sure do. We loved it! We encourage are readers to watch this film starring a young Jodie Foster.

We know, we know. Your child is the smartest kid ever. She’s amazing, so incredibly talented at everything. She leaves the world in her dust. That’s how many parents describe their children to us here at Ivy Coach. Maybe they don’t realize that this is how they’re describing their children, but they sure are! We take a little nap during these monologues. Don’t mind us. ZZZzzz. Hey, at least we’re open about it, right? It’s just that these details rarely are pertinent to their case for admission. We know the questions to ask and we know the answers we need. A child being described as the smartest kid ever just isn’t very helpful to us because, well, this is fairly subjective coming from a parent, wouldn’t you say?

But every now and then, there is a child — and we do mean child — who is so precocious that he or she can actually attend college well before they turn eighteen. These children, Little Men and Women Tate we shall call them (does anyone get our reference or are we dating ourselves?), are the exceptions to the rule, not the rule. An article in “The Washington Post” written by Susan Svrluga describes one such precocious youngster, a boy who will be attending Cornell University this fall. He is twelve years old (although he may have turned 13 since he applied as a 12 year-old, we’re not sure). According to a Cornell historian, it is believed that this will be Cornell’s youngest student ever, based on the records available.

While there are some early teens at Ivy League and other highly selective colleges, it’s of course not necessarily in a young person’s best interest to attend college at such an early age. But, in some cases, parents are left with little choice.

According to Svrulga’s piece, “Jeremy starts classes at Cornell University next week, perhaps the youngest student ever to attend, the school’s historian Corey Earle said. Earle has found records of 14-year-old freshmen, and 18-year-old graduates, but none younger. Some of the eight Ivy League schools don’t track students by age or don’t release that information, and others did not have records of any students having attended as young as Jeremy. He’s excited and nervous to start — nervous that he’ll get lost navigating the large campus in upstate New York, excited for the classes. He loved sitting in on a physics class when he was on his college tour. ‘I think I’ll really enjoy being at Cornell,’ he said. ‘I’ve been preparing for college for a long time.'”

He’s been preparing for college for a long time. Let’s read that sentence over and over again. It’s kind of funny when you think about it, right? After all, Jeremy has only been on our planet for 12-13 years. But the young man is already off to Cornell University so he’s an accomplished youngster for sure. Do we believe it healthy for a 12-13 year-old to attend college? No. But we imagine a high school curriculum wouldn’t be particularly fulfilling to him either. So maybe it’s the right decision for him. Or maybe it’s not? A 13 year-old surrounded by drinking, partying 20 and 21 year-olds? Jeremy might need some looking after. And it sounds like he might need a map too!

Have a question about precocious children at the Ivies? We’re curious to hear from our readers so post a Comment below and we’ll be sure to write back!