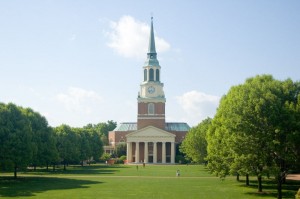 Getting a degree in philosophy doesn’t mean you won’t get a job right after college. Just ask the head of career services at Wake Forest.

Worried a philosophy degree won’t lead to a great job? Think again. There’s a fantastic article in “The New York Times” entitled “How to Get a Job With a Philosophy Degree” written by Susan Dominus that we wanted to bring to the attention of our loyal readers. Many students — and parents — worry that an education in the liberal arts will not lead to a job right after college. We always try to assuage the fears of these students and parents by letting them know that students graduating with degrees in the liberal arts sure can find great jobs and they so often do. After all, many of the best universities in America are liberal arts-focused.

The fact is that students graduating from the top universities in America — no matter what their degree is in — get great jobs a whole lot easier than do students graduating from somewhat selective and less selective colleges. This article in “The New York Times” happens to focus on a seemingly exceptional leader of a university’s career services department (Andy Chan at Wake Forest University) and how he has prioritized career development for students at his university.

The article points out that 95% of Wake Forest graduates have jobs or are enrolled in graduate schools within six months of their college graduations. As stated in the piece, “The University of Chicago’s comparable number is 96 percent, and N.Y.U.’s class of 2012 was 93 percent. Dickinson College, a less competitive school in Carlisle, Pa., said that 92 percent of its graduates were either employed or had been in graduate school a year after graduation.” Are you familiar with these figures at the universities you plan to apply to? If not, you might want to check them out. It’s worth taking note of if nothing else!