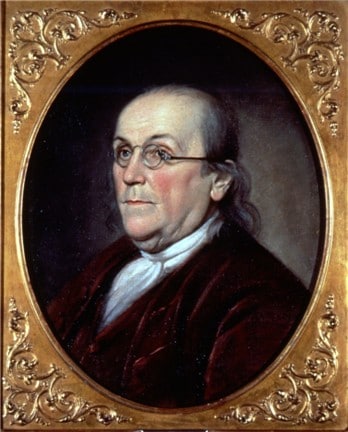 We don’t suppose Ben Franklin can help lure Vice President Biden to the University of Pennsylvania?

Word on the street, as reported by “Politico,” is that the University of Pennsylvania is recruiting Vice President Joe Biden to join the university in an endowed chair position. Recruiting a well respected vice president to join a university soon after leaving office is like trying to lure Megyn Kelly away from “Fox News.” Ok, maybe our analogy is a bit ridiculous but you get the idea. Do you think Penn will land the popular VP? Will Fox be able to retain Megyn Kelly or has she grown tired of battling with Bill O’Reilly?

As reports Manuel Balce Ceneta for “The Associated Press,” “Biden, a former Delaware senator who has taught at Widener University’s law school, launched his ‘moonshot’ initiative to cure cancer at Penn’s Abramson Cancer Center in January. Biden’s late son, Beau, a Penn grad, died of brain cancer last year at age 46. Biden also attended his granddaughter Naomi’s graduation from Penn in May, and he served as Penn’s commencement speaker in 2013.”

So the VP sure does have ties to Ben Franklin’s university. There are also rumors that Penn is trying to land President Barack Obama as well. What a coup it would be to land both the president and vice president, although we’ll go on record here and now that we do not anticipate they’ll land both men. But Penn’s aspirations, if indeed this is true, are admirable. It’s kind of like trying to recrui LeBron James and Chris Bosh to play in South Beach and we all know how that turned out. Ok, we’ve made another ridiculous analogy. Deal with it. It’s a light news day and we’re gearing up for the holidays.

Do our readers think Penn will be able to recruit Vice President Biden to join its faculty? We’re curious to hear from you so post a Comment below and we’ll be sure to join in on the conversation.