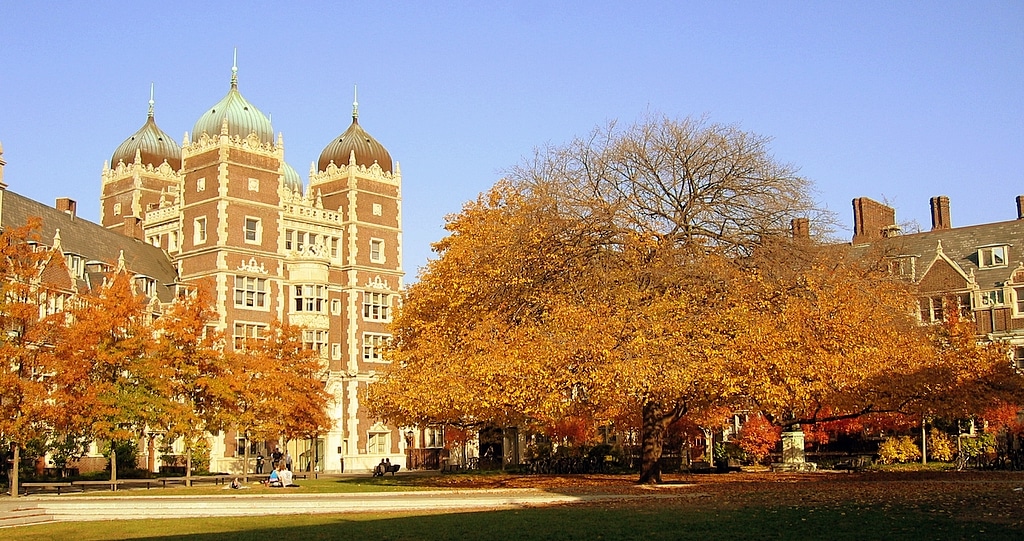 UPenn is this year’s representative of the Ivy League in the NCAA Tournament (photo credit: Bryan Y.W. Shin).

For the first time since 2007, the University of Pennsylvania will represent the Ivy League in the 2018 edition of March Madness men’s basketball action. In a championship contest for the ages, the #2 ranked University of Pennsylvania today overcame a 13-point first half deficit to defeat the #1 ranked Harvard University, the alma mater of Jeremy Lin, by a score of 68-65. In order to pull off the upset, UPenn relied on 24 unanswered points — a run that spanned the end of the first half and the beginning of the second half. As Cole Jacobson writes in a piece on the UPenn upset in “The Daily Pennsylvanian,” “Penn’s next task will be the most difficult the program has seen in a long time: the Quakers will attempt to become the first-ever No. 16 seed to take down a No. 1 seed on Thursday, in the form of Kansas (27-7, 13-5 Big 12). But no matter the result of the Quakers’ next attempt at glory, one thing is undeniable — Penn men’s basketball is in the history books.”

The Longer the Run, Often the More Applications Received

To those folks who are wondering, “But, Ivy Coach, why are you blogging about college basketball? We’re here to read about college admissions,” well, know that the further a men’s basketball team advances in NCAA Tournament play, the more applications that school is likely to receive the subsequent admissions cycle. Regular readers of our college admissions blog may remember when we wrote extensively about the impact of George Mason’s surprising run to the 2006 Final Four and the impact of that run on the school’s reputation and admissions statistics. When a perennial power like Duke University gets knocked out of March Madness is an early round by a school like Mercer, you bet the folks in admissions are likely disappointed — not only because the Blue Devils won’t be celebrating another NCAA title but because the run won’t lead to that extra boost of interest in applying to Duke. The run, in itself, won’t inspire a spike in applications.

So congratulations to this year’s representative of the Ivy League in March Madness. Congratulations to the University of Pennsylvania Quakers. While no #1 seed has ever fallen to a #16 seed in the men’s bracket of the NCAA Tournament (it has in the women’s!), here’s hoping UPenn is able to put up a fight against the Kansas Jayhawks. Go Quakers!