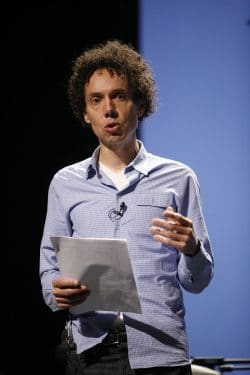 Not everyone bought into Malcolm Gladwell’s argument about hockey players in “Outliers.” But we sure did! Photo credit: Kris Krüg.

We know, we know. The title, Oldest Kindergartners More Likely to Earn Admission to Harvard, seems preposterous. But let’s see just how preposterous it is. Malcolm Gladwell has published quite a few outstanding books, but his “Outliers” book was, in our humble opinion, head and shoulders above the rest. One of the central storylines of “Outliers” was that NHL rosters are filled with hockey players who happen to have been born in the early months of the year — like January.

And why? Because when these now NHL players were once playing in peewee leagues and the like, the older kids were bigger than their younger counterparts. They could check their opponents harder. They had better puck skills. You name it — they were more developed on account of their ‘advanced’ age. But you’d think the younger kids in each class would just catch up, right? Wrong. The kids who were older and could check harder and had better puck skills were told how great they were by their coaches from early on. Their confidence levels were sky high and this, in turn, creates self-fulfilling prophecies. The older children who were told they were better, faster, and stronger became better, faster, and stronger. They were more likely to become NHL players.

Why Children in Manhattan So Often Repeat Kindergarten

Of course, the premise of Gladwell’s argument doesn’t only extend to NHL players. In the years after the book’s publication, many parents, especially parents in — you guessed it — Manhattan, took his argument to heart when it came to enrolling their children in kindergarten. Or should we say…re-enrolling. That’s right. If you’re a former kindergartner who did kindergarten twice, there’s a good chance that Malcolm Gladwell is directly responsible for your having to learn the alphabet twice. In many ways, Gladwell’s book served as confirmation for what many parents had already long suspected — that holding their children back was the way to go. This way, they’d be bigger, smarter, and more sociable compared to their younger peers. They’d have a leg up — including even improved odds of admission to…Harvard. As an aside, just yesterday, we met a seventeen year-old completing his 11th year of kindergarten. He’s on his way, that Billy Madison! We kid, we kid.

All of this brings us to a study recently discussed on the pages of “Money” by Ian Salisbury. The piece, entitled “Here’s Why the Oldest Kids in Kindergarten Are More Likely to Go to Harvard” focuses on a study that adds credence to the argument laid out — and so often attacked by critics — in Gladwell’s book. As Salisbury writes, “A new academic study of children in Florida, which adheres to that practice, suggests the leg up of having a September birthday can be substantial, with older kids more likely to graduate from a selective college and less likely to land in jail. While researchers have long known that a kindergartner’s age can affect academic performance for younger children, the latest study was unusual in that it traced the effects for part of the test group — a large, anonymous Florida county — all the way through college.”

If you’re a Manhattan parent interested in assistance with your child’s kindergarten admission, you’ve come to the wrong place. We can’t help you, though we do recommend Stephanie Sigal of Say and Play Family. And maybe Stephanie can also give you some pointers on how your child can repeat kindergarten once, twice, or even eleven times. We’re just being silly. But you get the point.