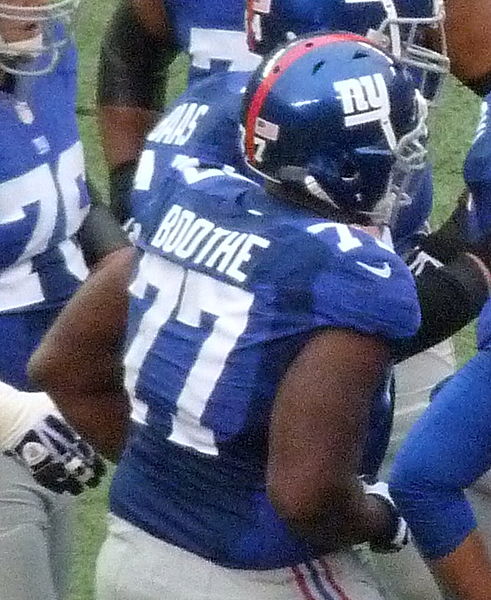 This year’s NFL Playoffs has not been without Ivy Leaguers on numerous teams. Indeed, Super Bowl XLVI will feature an Ivy League grad (or grads) on both the New York Giants and the New England Patriots. For the Giants, Cornell’s Kevin Boothe as well as Brown’s Zak DeOssie mark their return to the Super Bowl. Once again, they’ll be facing the Pats, whom they upset a few years back in what would have been an undefeated season for New England.

According to the “Ivy League Sports” website, “A sixth-year NFL veteran, Boothe played in all 19 games this season, starting in nine during the regular season and all three in the postseason. DeOssie, a two-time Pro Bowl selection, has been a special teams mainstay for New York at long snapper. He successfully executed the snap on the game-winning field goal in overtime to defeat the San Francisco 49ers in the NFC Championship Game.”

And who else in these playoffs once competed in the Ancient Eight? Harvard grad Matt Birk is now in his 14th NFL season, competing for the Baltimore Ravens. Alright, so we’re nearing the end of this post and we haven’t yet specified who will be representing the Ivy League on the New England Patriots come Super Bowl Sunday. The answer would be Robert Kraft, the owner of the Pats, who is a Columbia University graduate as well as an alumnus of Harvard Business School. So not exactly a player but owners count, too!

Check out this post on the Ivy League and NFL.