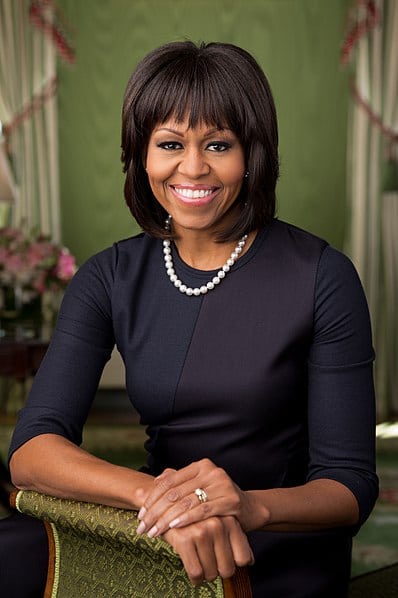 The former First Lady has spoken out on her experience at Princeton while an undergraduate (official White House photo by Chuck Kennedy).

In “Becoming,” a book that’s flying off the shelves at Barnes & Noble, Michelle Obama offers insight into her undergraduate experience at Princeton University. Up until the book’s publication, the former First Lady had remained fairly tight-lipped about what it was like to attend the elite Ivy League institution in the 1980’s, though her senior thesis, which focused on the perception of race and identity by some African American alumni of the university, has in the past made headlines (particularly during campaigns). Prior to the book’s publication, many presumed that the former First Lady didn’t enjoy her experience at Princeton but this was all conjecture as Obama had never really spoken out on this formative time in her life — until now that is.

As Emma Whitford reports in a piece for “Inside Higher Ed” entitled “Michelle Obama on Princeton,” “In her autobiography…Obama disclosed for the first time details about her experience at the Ivy League university, one marked by feelings of otherness and a strong determination to disprove the negative racial stereotypes held by some of her professors and classmates. She graduated in 1985. ‘If in high school I’d felt as if I were representing my neighborhood, now at Princeton I was representing my race. Anytime I found my voice in class or nailed an exam, I quietly hoped it helped make a larger point,’ she wrote. While she was a student, Princeton was ‘​extremely white and very male.'”

Whitford continues, “Because of this, Obama quickly made friends with other students of color and discovered that the harmonious diversity portrayed in college brochures didn’t translate to her own college experience. ‘I imagine that the administrators at Princeton didn’t love the fact that students of color largely stuck together. The hope was that all of us would mingle in heterogeneous harmony, deepening the quality of student life across the board. It’s a worthy goal. I understand that when it comes to campus diversity, the ideal would be to achieve something resembling what’s often shown on college brochures — smiling students working and socializing in neat, ethnically blended groups,’ Obama wrote. ‘But even today, with white students continuing to outnumber students of color on college campuses, the burden of assimilation is put largely on the shoulders of minority students. In my experience, it’s a lot to ask.'”

Well said as always, Michelle Obama. We absolutely agree that “the burden of assimilation is put largely on the shoulders of minority students.” This surely shouldn’t be. And if Affirmative Action ends up being overturned by our nation’s highest court, this could lead to even less representation for underrepresented minorities on elite American campuses. Let’s hope that isn’t the case.