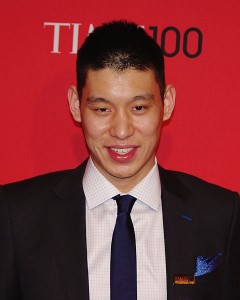 Linsanity will have an impact on Harvard admissions statistics. The data supports this projection (photo credit: David Shankbone).

Do you think Harvard admissions statistics will be impacted this spring by Linsanity? Do you think the university’s yield will be through the roof? Do you think more applicants will apply to Harvard next year than ever before? And, if so, do you think star New York Knicks point guard Jeremy Lin has anything to do with it? At Ivy Coach, we do!

Remember Doug Flutie? He had a solid NFL career as well as a great CFL career. But before he played pro football, he was the QB at Boston College. You might recall (or maybe you’ve seen replays) of his Hail Mary pass that beat Jimmy Johnson’s Miami Hurricanes. According to “The Washington Post” article on Linsanity and Harvard Admission, “Boston College gave birth to the Flutie Effect in the 1980s, when applications for the freshman class jumped 30 percent in the two years after Doug Flutie threw a Hail Mary to beat Miami, the defending national champion, and win the 1984 Heisman Trophy. The theory: A school’s athletic success could create positive publicity that lifts the academic side as well.”

We know applications to Duke rise as they advance further in the NCAA Tournament (guess applications won’t increase next year…sorry Duke). And remember Jim Larranaga’s George Mason squad? We wrote extensively about the impact Mason’s Final Four run had on its admissions statistics. The average SAT score of applicants went up by 25 points. And so many more students ended up applying to the Virginia school.

Drew Faust, the Harvard president, believes like us that Harvard’s admissions statistics will reflect Linsanity. And the research by Jaren and Devin Pope, research we’ve referred to quite a bit over the years, supports Faust’s claim. Big basketball or football runs matter. A Harvard graduate competing on the biggest stage in basketball — that has to count for something. And for those of you who think Jeremy Lin is going away now that Mike Woodson is at the helm of the Knicks, think again. Jeremy Lin may be taking fewer shots, but he’s playing as good as ever. Linsanity is for keeps. If anyone’s going to have to adjust, it’s ‘Melo.