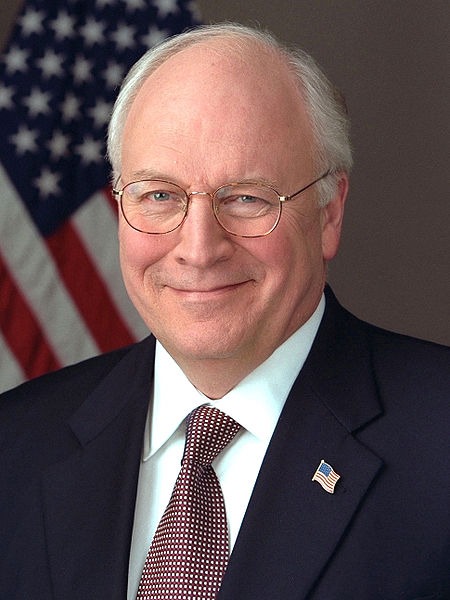 We’ve got a little bit to say in response to an article that blames every “civilian” mistake in Iraq on Ivy Leaguers. Oh and, by the way, Dick Cheney isn’t in fact a Yale grad. He also was no civilian as the Vice President of the United States.

There’s an article up on “The Huffington Post” today by David Macaray who is, according to his bio, “a playwright, labor columnist and author.” In the post on Ivy Leaguers entitled “Remind Me Again Why We Should Trust The Ivy League,” Mr. Macaray chronicles how “virtually every civilian mistake in Iraq — every false assumption, unforced error, miscalculation, and public relations fiasco — can be traced back to an Ivy League graduate.”

In the article, Mr. Macaray argues that former President George W. Bush (who, by the way, as Commander-In-Chief is no civilian), a Yale grad with a Harvard MBA, is the most to blame. He claims that former Secretary of Defense Donald Rumsfeld, a Princeton graduate, “ruled the Department of Defense as his own personal fiefdom.” Mr. Macaray then goes on to say that former Vice President Dick Cheney, “a Yale grad,” “‘was a saber-rattling toy soldier who bullied aides, misrepresented the facts,’ and ‘compromised the CIA.'” Mr. Macaray, Vice President Cheney flunked out of Yale. He is a graduate of the University of Wyoming which is actually not a member institution of the Ivy League. But we suppose this didn’t fit your argument so you left this tidbit out.

We could go on and on about Mr. Macaray’s list, but what we found most interesting was that he left out folks in the previous administration who made key decisions who in fact did not graduate from Ivy League schools. Like who? How about former Secretary of State Condoleezza Rice? She was kind of important, no? She graduated from the University of Denver. How about former Secretary of Defense Robert Gates? He’s a graduate of the College of William & Mary. Last we checked, William & Mary wasn’t in the Ivy League either. Former Secretary of State Colin Powell? City College of New York.

Our point, Mr. Macaray, is that if you’re going to try to present an argument, don’t leave out the facts that don’t suit your argument. In social psychology, this is termed the confirmation bias. You’re only citing evidence that confirms your theory.