The 2013 Ivy League statistics for admission are in and seven of the eight Ivies this year are reporting lower acceptance rates. Does a lower acceptance rate mean that it was more difficult for students to get in this year as compared to last year? If you’re a regular reader of our college admissions blog, you know that answer is…absolutely not. But, anyhow, which Ivy League university do you think reported the lowest admission rate this year? That answer would be…Harvard University. Shocking, we know. With an admission rate of 5.79%, Harvard admitted 2,029 applicants out of 35,023. And which university in the Ivy League had the second lowest admission rate? That would be Yale University, with an admission rate of 6.72%. Out of 29,610 applicants to Yale, the university admitted 1,991. Yale also waitlisted 1,001 students. 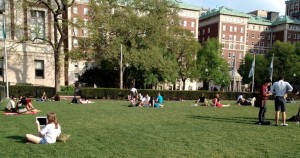 The 2013 Ivy League admissions statistics are in. Harvard University had the lowest admission rate among the Ivies.

So Cornell had the most applicants of the Ivies (it’s a big school as compared to its peers), followed by Harvard, Columbia, Penn, Yale, Brown, Princeton, and Dartmouth. In that order. Do any of these numbers surprise you? Is it surprising that Dartmouth was the only Ivy not to have a lower admission rate this year? Why do you think that happened? Let us know your thoughts on these Ivy League admission statistics by posting below!