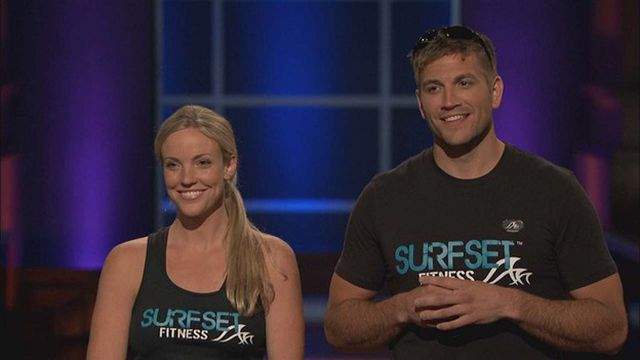 We’ve got a hit Ivy League startup to bring to your attention. If you’re someone who thinks that successful startups are all founded by Ivy League dropouts, then the case of Surfset Fitness must give you some cognitive dissonance. Surfset Fitness, founded by Dartmouth alumnus Mike Hartwick, was recently featured on ABC’s “Shark Tank” and Hartwick has also made appearances on “Good Morning America” and a host of other news programs.

Hartwick, a hockey player for the Dartmouth Big Green who also played a little professionally, got his MBA in international finance while playing hockey overseas. A lifelong surfer, Hartwick realized how surfing kept his body toned. But when he was playing hockey overseas far away from the California waves, he found himself really missing surfing. So he engineered an indoor stimulated surfing machine!From what we’ve seen, the machine makes you feel like you’re really surfing.

There are bungies on the sides that make the board shake, creating the feeling of actual waves. It’s a great workout for your core (as well as the rest of your body). And so how did Hartwick make out on “Shark Tank?” Well, in addition to the publicity (FYI – it’s not free publicity as Mark Burnett, the producer of the show, takes 1% of all companies that appear on the program whether or not they walk away with an investment from the Sharks), Hartwick secured an investment from billionaire Mark Cuban. Cuban, the owner of the Dallas Mavericks, purchased 30% of the company for $350,000. The other Sharks all expressed an interest as well, but it was Cuban who came away with the deal.

Five years out of Dartmouth and Hartwick already has Mark Cuban as a business partner in a rising startup. How cool. It goes to show you that successful entrepreneurs do indeed come out of the Ivy League (in spite of what a Princeton professor said last year) and you don’t have to drop out of college to hit it big. Mike Hartwick is a testament to this.