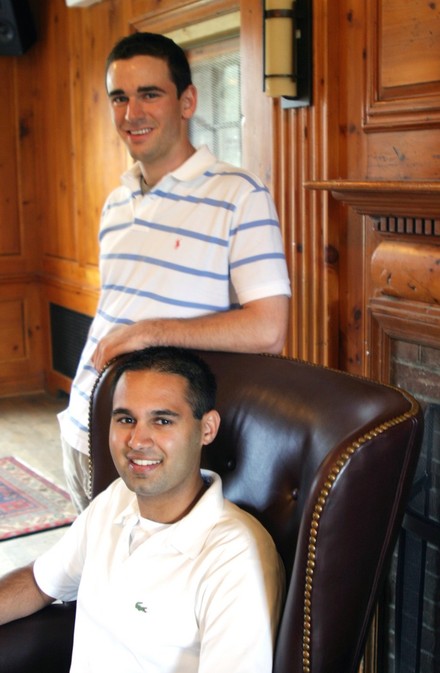 The duo behind SeatGeek went to Dartmouth together (photo credit: Lauren Wool, “The Dartmouth”).

Ever since a Princeton professor erroneously said that great entrepreneurs tend not to come out of the Ivy League, we’ve chosen to highlight these very people who allegedly don’t exist. Today, we’re going to be highlighting the entrepreneurship of Jack Groetzinger and Russell D’Souza, graduates of Dartmouth College who founded SeatGeek. SeatGeek, which began in 2009, is basically the Kayak of ticket sales. The sites aggregates all of the best deals on concert, sports, and live-event tickets on the web, drawing from sites like StubHub and TicketMaster. With their proprietary algorithm that forecasts the best tickets at around 82%, SeatGeek may just be on its way to being a household name.

According to “CrunchBase,” “SeatGeek is a ticket search engine. The site aggregates ticket listings for live sports, concert, and theater events and presents them to consumers within an elegant and powerful user interface that makes finding the best value on events tickets painless and easy. SeatGeek focuses on data. Its data engine is geared towards helping consumers identify the best ticket deals. The site has a feature called Deal Score™ that assigns a 0-100 metric to all listed tickets in order to ascertain the relative value of tickets for a given event or set of similar events.”

After previously founding two companies together, including Scribnia, the two Dartmouth friends recently announced that SeatGeek has turned a profit. SeatGeek launched at TechCrunch and was developed as one of YCombinator’s slate of startups. The company recently launched a mobile app and the list of employees at the New York City-based startup is a growing one. So to that Princeton University professor who denies Ivy League startup roots for many budding entrepreneurs, the joke is on you.