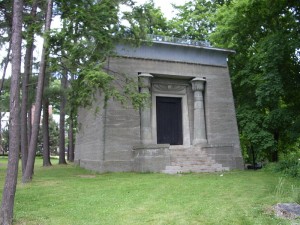 You’ve heard about Ivy League secret societies. Maybe you know that the 2004 election pitted two members of Yale University’s Skull & Bones against each other when John F. Kerry ran against George W. Bush. Other members of Skull & Bones include actor Paul Giamatti, historian David McCullough, President George H.W. Bush, and Senator Prescott Bush. And while Skull & Bones’ influence on American political life in particular is worth exploring, it’s not the only Ivy League secret society.

Yale also has Scroll & Key, Wolf’s Head, and St. Elmo among others. Cornell University has Sphinx Head and Quill and Dagger. Dartmouth College has Dragon, Sphinx, Phoenix, Griffin, and Fire & Skoal among others. While the vast majority of members of these societies don’t end up getting elected to public office or running Fortune 500 companies, many indeed do. And if you think these societies are clubs exclusively for white males, you’d be mistaken. While some like Dragon and Sphinx are male only, Skull & Bones has had female members since 1992 and most of the aforementioned secret societies ended racial, religious, and sexual orientation discrimination policies years ago.

Membership in these secret societies can have lifelong benefits and thus around junior year at certain Ivy League (and other) colleges, many students hope to get tapped by a current member. Maybe it’s a friend a year older on the basketball team. Maybe it’s someone a year older in your a capella group. Maybe it’s a friend from student government. After an initiation process, they, too, will be members and the following year, the society will be led by them.

It may mean a trip to a private island once every few years throughout your life. It may mean getting a mailing requesting a donation to a private box every year after graduation. It may mean signing emails to members of your crewe with inscriptions like YV (short for Yours Verily). It may mean hiding a pinkie finger or an index finger in photographs with friends (depending on the society). It may mean having a place to relax in a jacuzzi during a cold senior winter. It may mean watching “A River Runs Through It” over and over again during senior year (the author of the book the movie was based on, Norman Maclean, was a member of a Dartmouth secret society). It may just mean making a few more close friends who you’ll have lifelong ties with. It all depends.