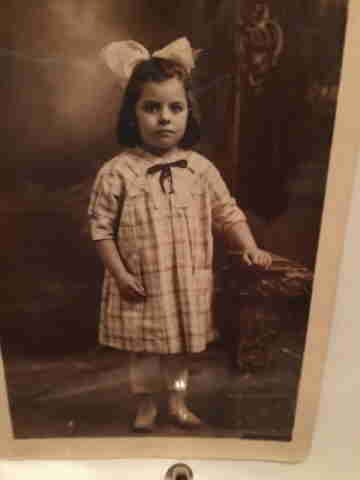 Sylvia Taylor, our grandmother, was — like all of our grandparents — the child of Jewish immigrants, all of whom were fortunate not to be in Europe during the Holocaust.

There’s a piece up on “Business Insider” by Abby Jackson entitled “Every Ivy League school has weighed in on Trump’s immigration ban — and they’re worried” that we figured we’d weigh in on too. After all, that’s what we do! As it turns out, each of the Ancient Eight institutions is not only worried but they’ve come out against President Trump’s ban on immigration from Iran, Iraq, Libya, Somalia, Sudan, Syria, and Yemen. As Jackson reports, the tone of the statements released by each of the Ivy League schools varied, with perhaps Princeton striking the most personal tone.

As Jackson writes, “The Princeton note struck a personal tone, as President Eisgruber told students that the school’s position on immigration ‘reflects our conviction that every single person on this campus has benefited from the ability of people to cross borders in search of learning or a better life.’ He wrote: ‘My mother and her family arrived in this country as refugees escaping from a war-torn continent,’ he wrote. ‘They would have perished had they been denied visas. My father first came to America as an exchange student from a country that had recently been at war with the United States, and he then studied at Purdue University as a foreign graduate student.'”

Ivy Coach stands firmly against the ban on immigration from these seven nations. We are proud over the years to have had the opportunity to work with some wonderful students and parents from three of these seven nations. We can think of one student in particular whom we’ve kept in close touch with over the years. She came to America to study at one of our nation’s most elite universities and then returned to her homeland where she now works with her country’s equivalent of our Department of Education to advance the cause of equal opportunity. She is, quite literally, using her Ivy League education to make her country more fair and more just. The pursuit of the American Dream by immigrants to our land is our nation’s first story and we wish for it to be a never-ending story.