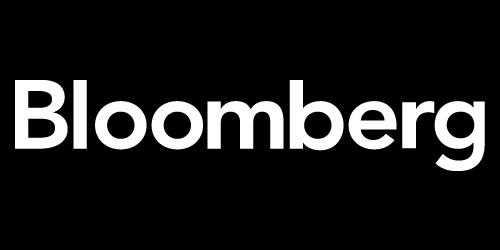 Mr. Mihm’s assertion in a “Bloomberg” opinion piece that students seeking admission to Ivy League colleges this year were up against admissions policies designed by anti-Semitic school administrators over a hundred years ago is incorrect. These policies have been overhauled and overhauled again in the last 100+ years. A lot can be accomplished in that span of time!

There is an article up on “Bloomberg” by Stephen Mihm entitled “The Dark Chain of Events to Your Kid’s Ivy League Rejection” that we feel needs a response. In the opinion piece, Mihm, an associate professor of history at the University of Georgia, walks readers through the history of Ivy League admission. For much of the piece Mihm writes how many early Ivy League admissions policies were anti-Semitic so that universities like Harvard, Yale, and Princeton could keep Jewish students off their campuses. With respect to this year’s pool of applicants to the eight Ivy League colleges, Mihm writes, “This may look like meritocracy reaching its ultimate rarefaction, yet the motives that led top colleges and universities to introduce highly selective admissions a century ago were far from lofty. The aim was to keep out one group in particular: Jews.”

We of course are also familiar with the history of Ivy League admissions and Mihm is certainly not incorrect on this point. Preventing Jewish students from getting first-class educations at our nation’s most elite universities was certainly the strategy in the early years of Ivy League admission. It was — and remains — a deeply shameful part of the Ivy League’s history, although precluding Jewish students from top colleges was not unique to the Ivy League. Remember, for instance, when we covered the Emory Dental School scandal?

Anyhow, Mihm makes a couple of points in his piece that are a bit off base. For instance, he writes, “If students could pass an entrance exam, or belonged to the right family, they were in. There was no dossier, no need to show that you were ‘well-rounded.'” If you’re referring to the current applicant pool, Mr. Mihm, showing that you’re well-rounded is not going to help your case for admission. Highly selective colleges stopped looking for well-rounded students many years ago. Also, you write: “High-achieving students probably will find little consolation in the knowledge that their failure to get into the college of the dreams may have less to do with a lack of merit than admissions procedures adopted by anti-Semitic college administrators almost a century ago.”

Seriously? This is completely off base, Mr. Mihm. Students who didn’t earn admission in 2014 didn’t get in because their grades weren’t good enough, their test scores weren’t high enough, their essays weren’t powerful enough, their letters of recommendation didn’t stand out, and/or they didn’t have an activity that differentiated themselves from the pack of applicants…to name just a few possibilities. They didn’t not get in because the admissions procedures were designed by anti-Semitic college administrators almost a century ago. Admissions procedures have indeed changed since then. Now, for example, colleges admit African American, Latin, and Asian American applicants! Now they admit tennis players and science researchers. Now they admit entrepreneurs and saxophonists. Come on, Mr. Mihm. While we appreciate your walking us through the important, shameful history of Ivy League admissions in which Jewish students absolutely faced discrimination because of the policies of despicable school administrators, those same procedures aren’t being used now. Quite the opposite in fact. You seem to know your history. But it’s important to know what’s going on in the present, too!