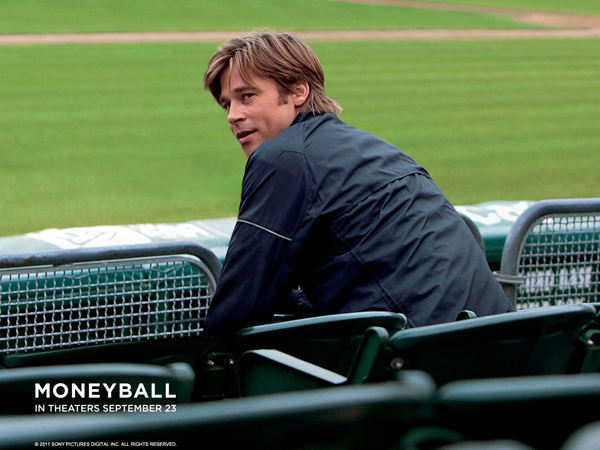 Billy Beane turned down attending Stanford in favor of playing for the New York Mets. He later regretted his decision. If you haven’t seen “Moneyball,” you should check it out as it’s a great movie!

As you may know as regular readers of our blog on college admissions, we are big fans of analyzing data pertinent to the highly selective college admissions process. And since the focus of our blogs this week will be on Ivy Leaguers making waves in business (and on Ivy League innovators and entrepreneurs in particular), we thought we’d bring to your attention a recent article by one of my children on how “Moneyball” can also be applied to TV to great success. “Moneyball,” as you may know, revolutionized how General Managers form professional baseball teams. It is an approach used by virtually all MLB teams nowadays but pioneers like Billy Beane of the Oakland A’s and Theo Epstein of the Boston Red Sox (now of the Chicago Cubs) are responsible for making it the standard operating procedure in the baseball business. Epstein, we should note, is a graduate of Yale University. Sandy Alderson, the current GM of the New York Mets, is largely credited by Beane (who was accepted to Stanford but chose to play pro baseball instead) for bringing the merit of applying data-driven analytics to baseball. Alderson is a Dartmouth graduate. And Paul DePodesta, a Harvard economics major, was the inspiration for Jonah Hill’s character in the movie version of “Moneyball.” His name lines the pages of Michael Lewis’ bestselling book of the same name.

In the article entitled, “How Moneyball Can Change TV Too,” my son, Brian Taylor, a Dartmouth alumnus and VP of Kelsey Grammer’s Lionsgate-based TV company, outlines how television networks would do well to mine the data of years past as they decide which TV pitches to buy and which to pass on. In fact, he’s designed a system that does just that. It’s a number-crunching system called TVCruncher that can accurately forecast which TV pitches have the best odds of ever making it to air (the system does not project which projects will be successful on air as that’s a whole different beast entirely but certainly rather important as well). The article is stirring up quite a bit of controversy in Hollywood as it, like baseball, is an industry that is reluctant to change its practices (check out the Comments section of the article — it’s like the ‘Negative Nancy’ baseball scouts of “Moneyball” hemming and hawing).

Let us know what you think of applying “Moneyball” to television series development. We’re curious to hear your thoughts!