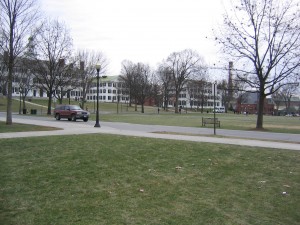 Don’t tailor your Common App. Personal Statement to address the specifics of an Ivy League college. That makes no sense.

One of the things we have a proud habit of doing here at Ivy Coach is debunking common misconceptions about the highly selective college admissions process. Sometimes folks get a little frustrated at us for discussing their quotes in the press on our blog, but if you’re speaking to the media about the highly selective college admissions process and what you’re saying isn’t accurate, we will aim to counter your misinformation with the truth. In this spirit, there’s an article on “Quartz” entitled “What every Ivy League college is looking for in its admissions essays” written by Andrea van Niekerk that includes a misleading statement we’d like to point out.

In her piece, van Niekerk writes, “It is hard to imagine how to write a Common Application essay that simultaneously speaks to Columbia’s focus on the intellectual value of a core curriculum, Brown’s notion that such value derives from the absence of a core, Cornell’s proud tradition as a land grant school, and Harvard’s exclusivity.” Umm, Ivy League applicants should not be trying to craft a Common App. Personal Statement suited for Columbia, Brown, Cornell, and/or Harvard. They should be writing a story that sheds light on them and what they’re all about. Can you imagine reading a Common App. Personal Statement that speaks to the intellectual value of a core curriculum? Well, we can imagine because we’ve read these essays from students. And they’re absolutely terrible.

In their Ivy League essays for admission, students should not write what they think Ivy League admissions officers want to read because Ivy League admissions officers don’t want to read that! They should write something meaningful to them. They should write small stories — not big stories. Think “Seinfeld.” The best stories are, quite often, about nothing. It is the mark of a great storyteller to write something compelling about nothing. Once you start trying to suit your Common App. Personal Statement for each of the Ivy League universities, you’re already well on the wrong track.