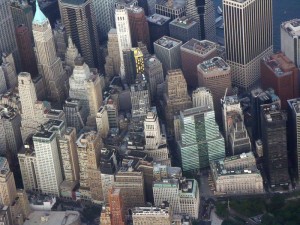 Maybe if Harvard students weren’t exposed to such wealth during college, they wouldn’t all want to work on Wall Street, argues an editorialist for “The Crimson.”

There was an interesting editorial on Ivy League elitism in “The Crimson” recently by Anita J. Joseph in which she discusses why Harvard students are so inclined to work in the financial sector upon their graduation. She gives us the mental image of a “Career Wheel of Fortune” and asks us if Harvard students spin this wheel and just so happen to land on Goldman Sachs 17% of the time. The answer, obviously, is no. So why do Harvard students (and students from other Ivy League colleges) go to Wall Street at such a disproportionate percentage? Joseph argues that it’s all in the money.

They want the Upper East Side penthouse. They want the summer house in the Hamptons. They want, according to Joseph, “to retain the place in America’s upper class that they secured with a Harvard admission.” At Harvard, they were exposed to wealth — a whole lot of it. They were exposed to the “marble halls” of the library, the “ornate dining halls,” and the new Macs in all of the buildings. They were exposed to folks whose names read something like this: “W. Brent Foster IV.” Have you ever noticed how many Ivy League grads have a first initial with a period after the letter before their middle name? This stereotype is grounded in truth!

Joseph also argues that by becoming a teacher (or choosing any career that doesn’t make tons of money), these Harvard grads would have to abandon many of the connections they’ve forged over their four college years. Quite simply, they wouldn’t be able to keep up with their friends. They wouldn’t be able to mingle in their social circles. In the end, Joseph argues that a better Harvard education would prepare students to avoid the “trap of the Harvard lifestyle.” Interesting point indeed.

Do you think Ivy League grads are drawn to Wall Street because a liberal arts education doesn’t give them any other distinguishable skills? Ms. Joseph seems to intimate this. Let us know your thoughts by posting below!