An Ivy League Education Behind Bars 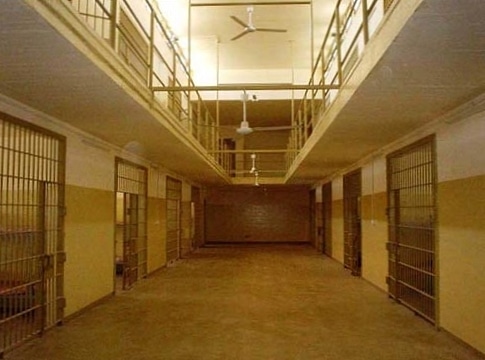 This could be your Ivy League college campus. We kid, we kid. After all, this is an Iraqi prison…not a New York state one!

Yes, you read that title correctly. An Ivy League Education Behind Bars. Why not? There’s a really interesting piece up on “CBS News” about how inmates in New York state prisons are receiving educations from professors at schools like Columbia, Bard, Cornell, and Vassar. In fact, “CBS News” reports that there are “nearly 900 students enrolled throughout New York state prisons in an education program, offering associates, bachelors and even Master’s degrees from some of the country’s most elite universities.” So if you want an Ivy League education, go directly to jail and do not pass go. We kid, we kid.

Prisons. A backdoor into America’s most elite universities since the governorship of Andrew Cuomo. We back it, Governor!

We’ve previously written about how we believe colleges should no longer ask students if they’ve ever been arrested (and, yes, there are many that do). After all, this often unfairly discriminates against minority applicants. An arrest is not a conviction. What if the person didn’t do anything wrong? They shouldn’t have to face the scrutiny of admissions officers for crimes they did not commit. It’s preposterous.

And just as we support colleges no longer asking students about arrests, we fully support this program in New York’s prisons. Maybe if inmates receive quality educations, there would be decreased recidivism rates and the world would be a safer place? The objective of the highly selective colleges is to cultivate the minds of the future leaders of tomorrow, to make our world better in the areas these students choose. By offering the finest educations to America’s inmates, it seems these select colleges aren’t just talking the talk, they’re walking the walk. And maybe soon, these inmates will walk. Ok, bad pun. We’ll own it.