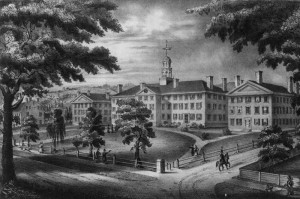 Congratulations to Dartmouth College for their significant rise in Early Decision applications this year.

The Ivy League Early admission figures are in and we’ve got some of them for our loyal readers. We’ve discussed the figures for a couple of Ivies for the current admissions cycle but now we’ve got some more data for you. This is for the Early Decision and Early Action round for the Class of 2019. So which Ivy League college had the biggest gains year-to-year? That would be Dartmouth College, which surged with over 10.3% more applications this Early Decision cycle. Congratulations to Dartmouth College on their record number of Early Decision applications, especially after an off year the year before.

Are you surprised that Early applications dropped at Yale, Brown, and Princeton? Are you surprised that Dartmouth saw the highest increase in Early applications year-to-year? Let us know your thoughts on these Ivy League Early admission figures by posting a Comment below. We look forward to hearing from you. And, while you’re here, check out our compiled Ivy League Admissions Statistics, the most comprehensive Ivy League admission stats you’ll find anywhere.