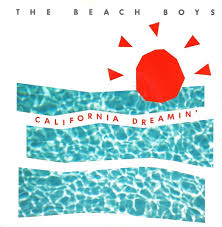 There’s an editorial in “the Washington Post” authored by a high school senior at the Berkshire School named William Pang that we figured we’d share. It’s about his Ivy League dreams. In his piece, Pang laments not gaining admission to any of the Ivy League colleges. As he so describes, in spite of all of his achievements and in spite of his terrific grades, when he received his rejection notes — particularly from Brown University — he couldn’t help but feel like the first eighteen years of his life were a failure. That, of course, is ridiculous. Just because he didn’t get into the Ivies, as he later correctly points out, does not mean he’s a failure.

As Pang writes in his piece on being rejected from the Ivy League, “I recently spoke with a friend at the University of Pennsylvania. When discussing the correlation between an Ivy League degree and future success, he said, ‘Going to an Ivy League institution is like playing ‘Who Wants to Be A Millionaire’… except that you get an extra lifeline, an extra phone-a-friend. Of course, that comes at a certain premium.’ There is an undeniable attraction with the Ivy Leagues and other top-ranked colleges: being with brilliant classmates, a great alumni network, and a guarantee of well-funded departments. If an Ivy League education is your goal, by all means, try for it!…Ultimately, an education is what you want it to be. So I proudly put on my bright red McGill sweatshirt, as though the rejection letters were a thing of the distant past. I have learned to love the school in Montreal where I’ll be studying engineering next year. I am still dazzled by the Ivy League brand. I’ll aim for graduate studies at these elite universities.”

So he picked himself up and cleaned himself off. He’s right. You don’t need to attend an Ivy League college to be successful in life. Does it give you an extra lifeline, as he mentions? You bet. But there are studies that indeed show that students who have the chutzpah to even apply to Ivy League and other highly selective colleges end up being more successful in life than those who don’t. One study in particular indicates that those who applied to Ivy League colleges and were rejected ended up making about the same amount of money over the course of their lifetimes as those who graduated from Ivy League colleges. So, that’s a long way of saying that it’s not the end of the world. Not by a long shot.

And as to William Pang’s next goal, now that he has to wait a few years to reapply to the Ivy League as a graduate school applicant (as he suggests)? Six-pack abs. Naturally.

Dreaming of the Ivy League