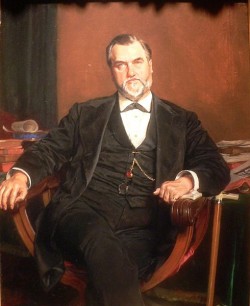 Thank you, Leland Stanford, for your university’s offers of admission to many of our Ivy Coach students. They’re stoked (to use California lingo).

It’s Ivy League Decision Day, the day when each of the Ancient Eight schools notify applicants of their decisions. To the vast majority of our students who first came to us in the Regular Decision round (since just about all of our students who came to us before the Early Round applied Early and earned admission), they’re not as stressed as one might think today. And why’s that? Well, for starters, many of them have already earned admission to Stanford University, among other schools. Our students who’ve earned admission to Stanford have a major weight off their shoulders. Even if they completely struck out today, we like to tell them: “Who cares!” But they won’t strike out. Not even close. Because many of them are also in receipt of Likely Letters from certain Ivy League colleges, which mean that they will earn admission because they were among the strongest applicants to these schools this Regular Decision admissions cycle.

Ivy Coach Did You Know?: In 2015, more of our students at Ivy Coach earned admission to Stanford University than to any other university. And we had an even stronger year at Stanford this year. And that’s why we secretly roll our eyes when folks ask us if we only help students applying to Ivy League colleges.