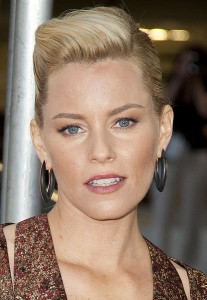 Elizabeth Banks of “The Hunger Games” went to the University of Pennsylvania (photo credit: Tom Sorensen).

Dr. Seuss was a Dartmouth SigEp. Robert Frost went there, too. George H.W. and George W. went to Yale, while Mark Zuckerberg went to Harvard. But you probably know about these folks. Want to know what other Ivy League celebrities are out there? And Tyra Banks getting a certificate from a program at Harvard Business School doesn’t count. A certificate isn’t a degree. But, anyway, here goes, as reported by “The Huffington Post” in an article on Ivy League celebs…

Rachel Dratch, a signature character on SNL for years, is a Dartmouth alumna. Did you know that she was initially supposed to be cast as the Tina Fey character on “30 Rock” only for Tina to be a last minute replacement on the show she created? John Krasinski of “The Office” fame went to Brown University. Julia Stiles? Columbia University. Conan O’Brien? Many know that he went to Harvard, but did you also know that his father was a Harvard professor?

Emma Watson will graduate from Brown University in 2013, while John Legend went to Penn and even delivered the commencement address ten years after graduating. Can you imagine being that successful that you’re delivering the commencement address only ten years out of college? Wow. Matt Damon is one of the famous Harvard dropouts. Edward Norton went to Yale University at the same time as Paul Giamatti (a man who, interestingly, was initially considered for the Tony Soprano role in “The Sopranos”).

Rashida Jones is a graduate of Harvard University (lots of Ivy Leaguers on “The Office”)! We didn’t even mention yet another actress and writer from “The Office” — Mindy Kaling — a Dartmouth alumna. Ashley Judd holds a master’s degree from Harvard. Brooke Shields graduated from Princeton University. Natalie Portman went to Harvard. Elizabeth Banks — who’s in “The Hunger Games” — went to Penn. And lastly, James Franco is studying for his doctorate at Yale. He’s all about getting lots of degrees. Overcompensating much you think?

Check out this post on famous Ivy League entrepreneurs.