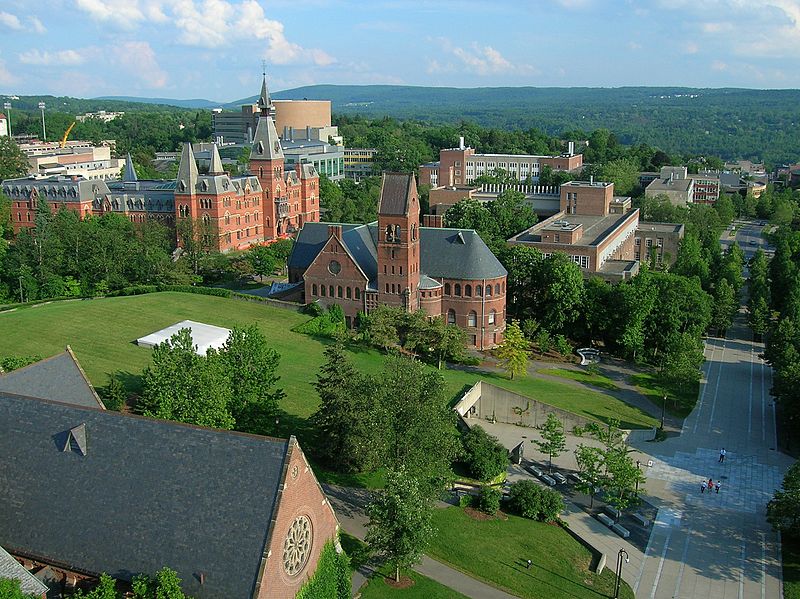 Do you think Cornell will make a trip to the NCAA Tournament this year? In 2010, they advanced to the Sweet 16 (photo credit: Sach1tb).

And how about the women? The Ivy League sends at least one representative among the women to the NCAA Tournament as well. While the Ivy League women’s teams haven’t yet begun playing against each other, their seasons are also well underway. Princeton University sits atop the Ivy League standings with an overall record of 8-5. Penn sits in second at 6-4. Harvard sits in third at 7-5, Cornell in fourth at 6-5, Brown in fifth at 4-6, Yale in sixth at 3-8, Columbia in seventh at 2-10, and perennial women’s basketball powerhouse Dartmouth in last at 1-11.