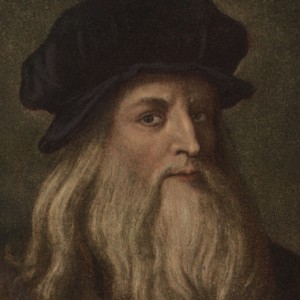 Think of the well-rounded Ivy League applicant as a restaurant that sells both pizza and Chinese food. Chances are that you are no Leonardo Da Vinci!

Many believe that successful Ivy League applicants are well-rounded students who excel in music, multiple sports, and perform hours of community service at homeless shelters, hospitals, and soup kitchens. This misconception of a successful Ivy League applicant still exists today. And it’s just that — a misconception. As it turns out, Ivy League colleges don’t seek out well-rounded students. Rather, they seek out exceptionally talented students.

If you were to go to a restaurant and the restaurant served pizza, sesame chicken, burritos, and bagels, would you eat there? Would you think, “Wow! The people who make the food in this restaurant are so talented because they can make so many different kinds of food – from Chinese cuisine to Italian food to Mexican food and…”? No, you likely wouldn’t think this for a second. Rather, you’d think, “Yuck. They probably can’t do anything well. They can’t even pick a type of cuisine much less make good food!”

You should think of the highly selective college admissions process in much the same way. In fact, you should think of the college admissions process for Ivy League applicants as though you’re the GM of a baseball team on draft day. Maybe you need a left-handed relief pitcher and a center fielder. You’re going to seek out players who fill those positions in need. If the soccer goalie at a particular college just graduated, that soccer coach needs a new goalie whether or not there is a viable backup waiting in the wings. The coach needs to replenish the roster. A talent soccer goalie who applies to the college and is tagged by the soccer coach as a top recruit is going to have a great shot at admission.

So, basically, if you think of college admissions like a baseball draft, you should focus in one area. Not ten. Specialize. Excel in baseball if you love baseball. If you love community service, dare to do something different to change the world rather than work in a soup kitchen (though if you’re doing this out of the goodness of your heart rather than to get into a highly competitive college, then keep it up)!

Check out our Ivy League Admissions Statistics and have a look at our post on Talented College Applicants.