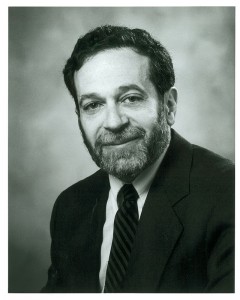 A former Secretary of Labor has published a meandering op-ed on the Ivy League. We happen to think he’s been breathing in too much of that air at his current workplace — Berkeley. But that’s just our opinion!

Former Secretary of Labor Robert Reich has written an op-ed piece up on “Salon” in which he asserts that the Ivy League is a waste of resources. His argument? A major percentage of graduates of Ivy League colleges end up going into careers in finance and consulting. As Reich writes, “Graduates of Ivy League universities are more likely to enter finance and consulting than any other career. For example, in 2010 (the most recent date for which we have data) close to 36 percent of Princeton graduates went into finance (down from the pre-financial crisis high of 46 percent in 2006). Add in management consulting, and it was close to 60 percent.” But Reich argues that careers in finance and consulting aren’t exactly great contributions to society. Not like the contributions of hospital orderlies, nurses, painters, poets, and kindergarten teachers. Said the former Secretary of Labor under the Clinton administration. Because poets sustain our economy. Right.

Don’t get us wrong. Our world is a better place because of kindergarten teachers and hospital orderlies and painters. But the former Secretary of Labor should know that folks in the financial sector and consulting are vital to our economy as well, to sustaining our country’s growth. Many consultants, for instance, help businesses — both big and small — grow. To argue otherwise is misguided — especially from a Secretary of Labor under the Clinton administration! Oy vey. So Reich is essentially arguing that the Ivy League is a waste of money because its graduates end up working in finance and consulting rather than “attending to basic human needs” as orderlies do. While what orderlies do is unbelievable and it takes a special kind of person to do the work they do, this doesn’t make Reich’s argument any less perplexing.

Reich also writes about the Ivy League, “The hefty endowments of such elite institutions are swollen with tax-subsidized donations from wealthy alumni, many of whom are seeking to guarantee their own kids’ admissions so they too can become enormously rich financiers and management consultants.” We don’t disagree with his assessment of tax-subsidized donations to Ivy League colleges. We’ve been arguing for years that such donations are a violation of tax law. But what’s with his axe to grind against folks in finance and consulting? Seems like this former Secretary of Labor doesn’t know how the American economy works. Maybe he’s been at Berkeley too long…

While you’re here, check out this post on the Ivy League’s influence on career.