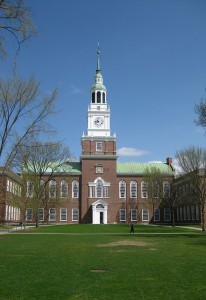 We’ve discussed how certain aspects of Ivy League admission are like dating in the past. But today we’d like to point out how one component of Ivy League admission is in fact quite the opposite of dating. And that component has to do with interest. Allow us to walk you through this analogy. In dating, playing it cool usually works to your advantage. Back in the day, you were supposed to wait a day or two before you called the person you went on a first date with (now nobody calls anyone!). What — is the person going to lose interest in you because they didn’t hear from you for an entire twenty-four hours? Likely not. In fact, their interest will probably only grow. Maybe they’ll start to question why they didn’t hear from you, what they did wrong, if they smelled funny, if their laugh was a turn-off, if their playing footsy under the table was too much too soon, or maybe if their extensive rap sheet with multiple homicides scared you off. Who knows. But these questions that circulate through one’s brain can be quite frustrating. And then if you finally do hear from that person with a text that reads, “hey,” it’s super exciting. Even if you didn’t even really think the person was cute in the first place!

With texting, dating has, unfortunately, become even more of a game in recent years. Maybe a guy doesn’t even check to confirm the date the day of anymore for fear of showing too much interest. And then he shows up, the date flakes, and he’s left to watch the Stanley Cup solo instead. Or maybe he doesn’t end his texts with punctuation anymore because so much can be misinterpreted via text message that even a period can seem like one is being too serious. It’s absurd.

But in Ivy League admission, the game is not to play it cool. The game is not to keep the eight Ivy League institutions guessing about whether or not you like them. The game is to let every school you’re applying to think that they are the boy or girl — we mean college! — of your dreams. If you want to go to Princeton but you’re also applying to Yale, Yale is your first choice on your Yale alumni interview. If you want to go to Brown but you’re applying to Penn, your favorite founding father is now Ben Franklin. Get the idea?

To further drive the point home, here is how to play it in dating via text message vs. how to play it in Ivy League admissions via text message (not that you should ever text with college admissions officers or alumni interviewers — yikes!). Never do that! This is just for the fun of it. And we’ve made it gay dating to make things even more complicated:

Jake: Had fun hangin with you

In this scenario, let’s assume that Jake was interested in Matt being as Jake initiated contact after the date. But then Matt risked losing Jake’s interest by showing way too much interest of his own. Too many exclamation points. The smiley face was superfluous. He couldn’t spell out ‘you’? Lame. And he didn’t have to tell him how cute he was. He should be keeping these cards closer to his vest. Let him wonder a little. But if Jake’s objective was to land a second date with Matt, he certainly achieved his goal. Jake has complete control of this relationship going forward. Matt’s in trouble. And now to Ivy League admission…

Jake: Thank you so much for meeting with me! Dartmouth is my first college choice.

Dartmouth Interviewer: That’s great, Jake. It was nice to meet you. Good luck!

Jake: Thank you again! The idea of studying Spanish through the Rassias method of foreign language study or performing in a show at the Hop, or climbing Mount Moosilauke with my roommate on a crisp fall day really excite me.

Show interest to Ivy League schools. And show it the right way!