You may wonder what the Ivy League Academic Index is. The answer is that it’s a formula for admission to the Ivy League. That’s right. There’s a formula. Does that mean that if you get straight A’s and perfect SAT scores that you’re guaranteed admission? Absolutely not. If anyone tells you that you’ll know whether or not you’ll gain admission to a certain Ivy League college based on a formula, you should politely smile, nod, and seek advice elsewhere. 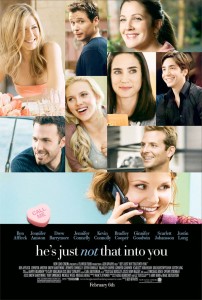 Like the saying goes in the movie "He's Just Not That Into You," applicants who convert to a 1, 2, or 3 from the Ivy League Academic Index and gain admission are the exceptions to the rule, not the rule.

While there is indeed a formula used exclusively by the eight Ivy League colleges, knowing where you stand on the Ivy League Academic Index will simply give you a good sense of your chances for admission. And that sense of where you stand is important to have! It’s a great way to figure out if Harvard is a long shot, a possibility, or entirely implausible. With the Academic Index consisting of a scale from 1 to 240 and then after its conversion to a 1-9 scale, if you’re a 1, the chance of you getting in are about as likely as you seeing a black swan. Likewise, if you’re a 9 on the scale, you’ve got a terrific shot at admission so long as you don’t make some serious errors on your application. One such error as we’ve discussed before is bragging.

If you score a 1, 2, or 3, is it impossible to gain admission to an Ivy League college? No. If you’re an Olympic swimmer, the son or daughter of a U.S. President, come from an extremely underprivileged background and you’d be the first in your family to attend college, or other reasons along this line of thinking, it’s a possibility. But these kinds of applicants are the exception to the rule, not the rule. Kind of like the movie “He’s Just Not That Into You.”

What do you think about the Ivy League Academic Index? Let us know your thoughts by posting below!