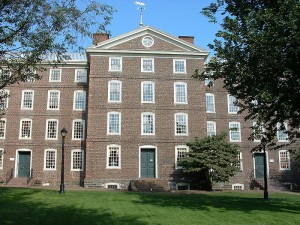 There’s a common misconception that Ivy League admissions counselors are impressed by the successes of an applicant’s parents. For instance, if both parents are successful corporate attorneys or television agents to the stars, many people think these students will stand a better chance for admission. They could not be more wrong. The word associated with corporate attorney or television agent to the star is…privilege. And Ivy admission officers aren’t going to advocate for the privileged few.

Rather, the applications of the privileged are scrutinized with a harsher eye than for the non-privileged applicant. Those SAT scores should be higher since, presumably, the applicant had tutoring. Those grades better be higher for the same reason. Those activities and letters of recommendation better be stronger. Ivy admission officers may not have been children of privilege. Maybe they themselves never got to attend an Ivy League school and they just work at one. Maybe they did attend the very school to which you’re applying but they came from an underprivileged background.

The point is that there’s a way to try to avoid “privileged scrutiny” of your application. Can you hide that your mother attended Brown if you’re applying to Yale? No. Can you hide that your mother is an executive for Deloitte? No. But you don’t have to write that she’s the CEO! There are, however, exceptions to this rule. Check back soon for new posts!

And have a look at our Ivy League Admissions Statistics or our post on Ivy League Secret Societies.