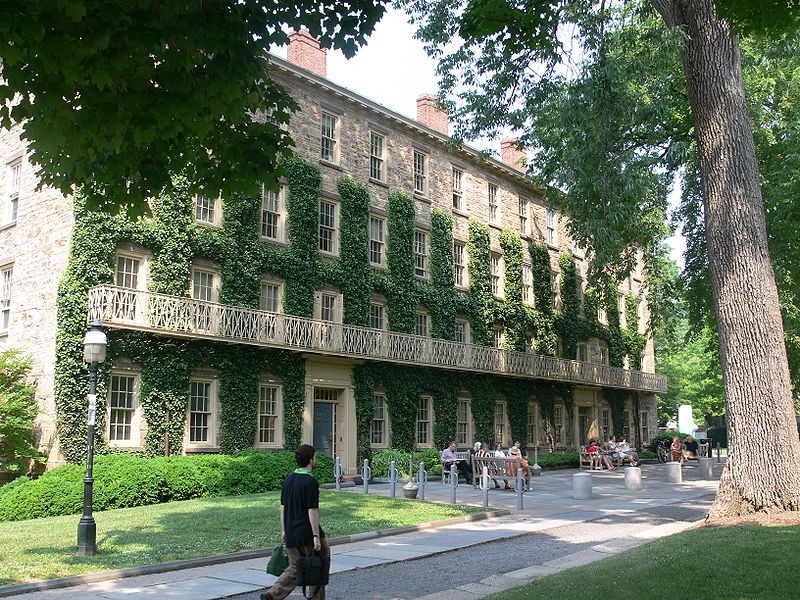 Princeton University has not quite offered a free pass to peaceful gun control protesters, like its Ivy League peers (photo credit: Andreas Praefcke).

Yale University, Dartmouth College, Brown University, and the Massachusetts Institute of Technology were among the first highly selective colleges to declare that high school students who peacefully protest in support of gun control measures and face disciplinary action from their high schools as a result of their protests would not hinder their chances of admission. That list of schools that included Yale, Dartmouth, Brown, and MIT, was once 40 strong. It is now more than 175 strong. In fact, every Ivy League school — with the exception of Princeton University — is offering applicants a free pass in admissions when it comes to any discipline students face from their high schools as a result of peaceful gun control protests.

Princeton’s Explanation for Diverging from its Ivy League Peers

Princeton is not without an explanation for not offering the same free pass as its Ivy League peers. As reports Nikita Vladimirov for “Campus Reform” in a piece entitled “Princeton only Ivy to refuse free pass for gun control protesters,” “While Princeton acknowledged that peaceful student protesters will still be fully considered by admissions, the university also underscored that most schools will not discipline students for peaceful demonstrations in the first place. ‘Princeton University’s mission is to advance learning through scholarship, research, and teaching of unsurpassed quality, with a proud and demonstrated commitment to serve the nation and the world,’ the university said in a statement issued Monday afternoon.”

“‘Students who act on their conscience in peaceful, principled protest will receive full consideration in our admissions process. Many forms of peaceful protest are fully consistent with the rules of American high schools, and we have no reason to suppose that such protests will result in disciplinary action.’ the university continued. ‘If students are disciplined by their high school, they will be encouraged to augment their application to Princeton with a statement that addresses why they were moved to protest and why they were subject to discipline.'”

What do our readers think of Princeton diverging from its Ivy League peers on this measure? Let us know your thoughts by posting a Comment below.