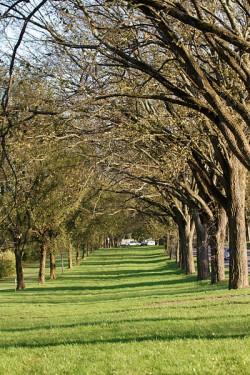 Indian Americans and Indians face discrimination in Ivy League admissions just as Indians face discrimination when they apply to all highly selective colleges. It’s not unique to the Ivy League. But we’ve felt that while attention has been drawn in recent months to the discrimination that Chinese American, Korean American, Chinese, and Korean applicants face as they apply to highly selective colleges, Indian Americans and Indians haven’t made the headlines. And they should. Because they face very similar discrimination. They too have a lot on the line as the Abigail Fisher case is argued before the nation’s highest court.

As this article on Indian discrimination in admissions explains, “‘The complaint said, ‘Many Asian-American students who have almost perfect SAT scores, top 1 percent GPAs (grade point average), plus significant awards or leadership positions in various extracurricular activities have been rejected by Harvard University and other Ivy League Colleges while similarly situated applicants of other races have been admitted.’ It cited a study by a Princeton University academic that found Asian-American students had to score 140 points more in the SAT than whites for admission to some elite universities.” And this is true of Indian and Indian American students too!

A number of Asian American organizations have chosen to file suit against various universities, including a couple of the Ivy League colleges, but haven’t found much success through litigation. Indian American organizations don’t seem to be following this path. What path should they follow — or pave — in the hope of ending such discrimination (even if it is on a subliminal level for an admissions officer evaluating an application). We put this question to our readers. Let us know by posting a Comment below. We look forward to hearing from you.

Indian Stereotyping in Admissions
Indians Headed to the Ivies