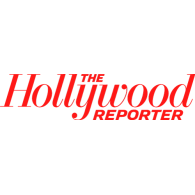 “The Hollywood Reporter’s” piece on college admissions seems like it was written in 1992, not 2015.

There’s a piece in “The Hollywood Reporter” by Alexandria Abramian entitled “L.A. Parents’ Sports Freak-Out: ‘You Can’t Cheer at an SAT Exam‘” that we figured we’d share with our readers. The article seems a bit behind the times as it discusses the highly selective college admissions craze as though this is a new phenomenon. Well, Hollywood isn’t right on trend with many of their offerings…like so many of their TV remakes from decades past. So it should come as no surprise that “The Hollywood Reporter” is writing about the college admissions craze as though this is something new, even a fleeting trend.

The article in “The Hollywood Reporter” particularly focuses on students who aspire to play sports at the college level. As quoted in the piece, “‘Kids used to play sports in parks. Then they’d play in high school, then college coaches would come to high school games to watch,’ says West Los Angeles teen and adult therapist Larry Green. ‘That’s all changed. Now coaching kids has become an incredibly specialized business, and a big part of this is driven by celebrity culture: Sports heroes are also celebrities now. Parents want that status for their kids.’ And for themselves, he adds: ‘I’ve had to work to help parents accept when their kid stops playing ball because Mom or Dad were so involved. … They love watching the games,” which, he notes, give parents a public forum to celebrate kids’ achievements. ‘You don’t get to cheer at an SAT exam.'” No, no you don’t.

There’s another quote in the piece that seems like it’s an anachronism, maybe from 1992: “That sports-to-university pipeline is a key force, says Nat Damon, a former head of school for a private elementary school in West L.A. ‘This current craze isn’t about getting your child into the NBA,’ he says. ‘It’s about getting them into Penn. This is something that’s changed dramatically over the past 10 or 20 years as colleges have become increasingly competitive. Parents see sports as not just a way into a great university but, more specifically, a way into East Coast colleges.'”

Sports sure can be a way into highly selective colleges (though it certainly doesn’t have to be an applicant’s hook). But this isn’t a new thing. And students in Los Angeles and across America have been trying to get into schools like Penn for many years now. We should know because we’ve been working with these students, including the children of Hollywood’s elite. It seems “The Hollywood Reporter” is in its own world, not unlike many Hollywood celebrities. Maybe this piece would be more appropriate for “The Onion.”