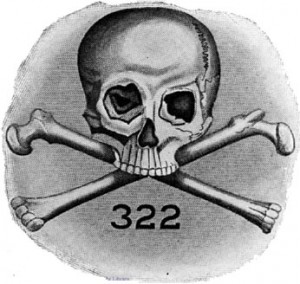 Lifelong connections are forged within the walls of secret societies of Ivy League schools.

We’ve written before on our blog about Ivy League secret societies. In fact, if you read what we’ve written closely, we’ve even given out some secrets about certain Ivy League secret societies that won’t be found anywhere else. Today, we came across an article on “Deadline,” the top news source for those in the entertainment industry (it supplanted “Variety” and “The Hollywood Reporter” some years ago), about a TV show in the works with USA about Yale’s Skull & Bones.

Writes Nellie Andreeva of “Deadline,” “Rob Reiner is venturing into television with a period drama set at the most famous secret society in American college history. Reiner is set to direct the untitled thriller drama project, set in the late 1960s. Written/co-executive produced by Aaron Tracy (Sequestered), it centers on a Yale student with aspirations to be among the best and the brightest, who is recruited by the CIA to become a mole in the secret Skull and Bones society. He becomes caught between the two very powerful organizations…Yale’s Skull and Bones society has produced a slew of top U.S. political and military leaders, including President George W. Bush, who was at Yale and a Skull & Bones member in the 1960s, and James Jesus Angleton, a top CIA official during the 1960s. The society has been the subject of a numerous conspiracy theories, including one that the society it controls the CIA. It also has been an attractive setting for TV series. This past season, ABC developed a mystery drama based on Alexandra Robbins’ nonfiction book The Secrets Of The Tomb: Skull And Bones, The Ivy League And The Hidden Paths Of Power.”

Who knows if this project in development will ever make the airwaves. Personally, we’re rooting for these projects among several others that are on their way into living rooms and movie theatres: an Underground Railroad series for FX to star Kelsey Grammer and a movie to star Liev Schreiber and Jaden Smith based on the National Book Award Winner. We may have a tie to these projects if you read the articles closely. And they’re quite good, even educational. But we know that many are fascinated by the secret societies of the Ivy League so we figured we’d share this latest TV development with our readers. Connections are perhaps the greatest benefit of attending an Ivy League institution and connections are surely forged in Ivy League secret societies. This just isn’t the case at many other universities — even prestigious universities.