The History of Legacy Admission 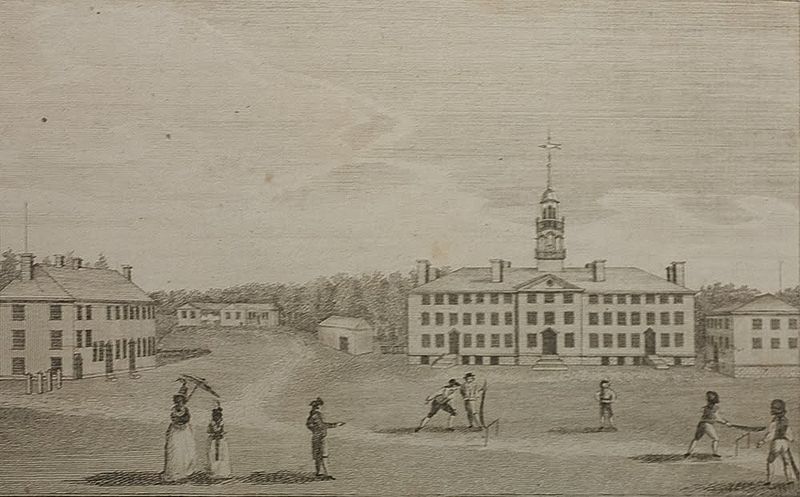 This is the earliest known image of Dartmouth College, the first college with a legacy admissions policy.

Did you know?: America’s first university with a legacy admissions policy was Dartmouth College.

But we haven’t shared with our readers much of the history of legacy admission at America’s elite institutions…and where it all started. Legacy admission all started at Dartmouth College, way back in 1919. As reported by Bryan Dewan for “Think Progress,” “In 1919, Dartmouth established one of the nation’s first comprehensive college application processes, and in doing so explicitly stated that ‘all properly qualified sons of Dartmouth alumni and Dartmouth college officers’ would be admitted.” Dewan goes on to write about how Princeton University would follow on the heels of Dartmouth, adopting a similar policy in 1922. And it’s a policy that fostered anti-Semitism. As Dewan writes, “The chairman of Princeton’s Board of Admissions claimed the switch to comprehensive evaluation was to solve the university’s ‘Jewish Problem'” since Jewish students tended not to have fathers who attended the institution.

And then there was Yale University, which required legacy applicants to score only a 60 on the entrance examination for the school, while other applicants had to score a 70. It was certainly a very different process back then indeed, and yet if you look at SAT and ACT scores of legacy applicants, in spite of the admissions process being a holistic one these days, the more things change the more they stay the same.

We encourage you to read Bryan Dewan’s outstanding piece on the history of legacy admission at America’s top universities. We’ve only included a teaser here. It’s a thorough piece, one which underscores how legacy admission was often times used initially as a tool to discriminate against Jewish applicants. And it questions why the practice is still used today.