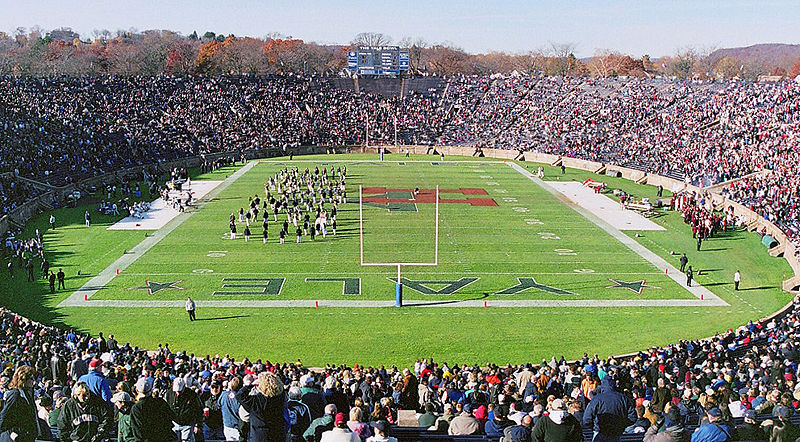 The Game will be this Saturday and it will be a historic one for more than one reason (photo credit: Henry Trotter).

This Saturday’s college football docket features one of the oldest rivalries in the game with a head-to-head matchup of Harvard University and Yale University. Harvard opened the Yale Bowl in 1914, one hundred years ago (although there were games between the two rivals before this year). But this Saturday’s matchup isn’t only significant because it’s the 100-year anniversary. It’s also significant because this Saturday’s matchup will be the first time in this historic game’s history that two African American captains will shake hands at the 50-yard line for the coin toss. Harvard, captained by Norm Hayes, and Yale, captained by Deon Randall, didn’t exactly have African American captains back around the time of the First World War. But, for the first, time both schools do now. And that is pretty cool!

According to an article on the Harvard-Yale rivalry in “Sportz Edge,” “This will be the 131st game in the series. During that span of years to play 130 times, both Harvard and Yale became racially integrated, in the classrooms and on the playing fields. It was a gradual and slow process. Achieving the football captaincy at Harvard and Yale has always been a major hurdle. Both teams ,steeped in tradition, elect just a single man to be their captain. That reduces the odds of being elected. Arthur Daley of The New York Times wrote on a few occasions that being elected as the Harvard captain was akin to, or even more of an achievement, than becoming president of the United States. That could also have applied to Yale. Since they began playing football, there have been three black captains at Harvard, and four at Yale. But until this year they had never coincided. Now, Hayes and Randall linked.”