Getting an Ivy League Education

There’s an article on “BuzzFeed” entitled “39 Unexpected Effects Of Your Ivy League Education” by Rega Jha that we thought was rather amusing and wanted to share with our readers. We’re not going to discuss all 39 unexpected effects as some aren’t appropriate for our college admissions blog but feel free to check out the article for the points we don’t cover! So what are some unexpected effects of getting an Ivy League education, you ask? 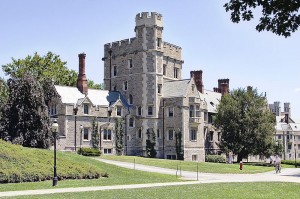 Many Ivy Leaguers hesitate to mention where they went to college for fear of sounding snobby (photo credit: Alfred Hutter).

“You live in constant fear of being that person.” You know — the person who drops their Ivy League college name in a conversation. People who go to Ivy League schools often hesitate to mention where they went to school for fear of coming off snobby. So instead of saying Harvard, they say they went to school in Boston. We do not find this pretentious (though we know people who do find this to be pretentious). We think they’re trying hard not to be pretentious by overcompensating. But that’s just our opinion on the matter. Another one is: “So you never wear school merch in public.” True. That follows naturally for the folks who don’t like to drop their college name for fear of sounding arrogant.

Another sign that you got an Ivy League education? “Your friends all became investment bankers, lawyers, doctors, or academics.” Pretty much correct! The follow up is funnier, though: “And if they couldn’t pick one, they did Teach For America.” That could not be more true! And here’s the last one we’ll share for now: “You have an opinion on the Exeter vs. Andover battle, even if you didn’t go to either.” When you go to an Ivy League school, you quickly learn all about what Exeter and Andover are all about — even if you’ve never heard of these schools beforehand.