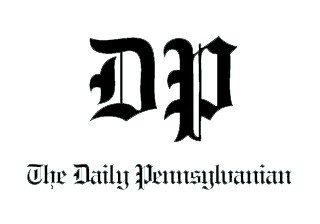 Ivy Coach was referenced in a piece in “The Daily Pennsylvanian” recently on the diversity of the Early Decision pool.

Ivy Coach was featured a few days back on the pages of the University of Pennsylvania’s newspaper, “The Daily Pennsylvanian.” The piece, written by Sophia Leporte, is entitled “Early Decision pool becoming more diverse” and, naturally, it focuses on how the group of students who applied Early to UPenn is more diverse than ever before. Regular readers of our college admissions blog know that we encourage all of our students to apply Early Decision or Early Action. In fact, if a student should come to us before the Early round and not wish to apply Early, we won’t work with this student. And why? Because that student isn’t willing to play his or her cards right to get in. An Early Decision or Early Action card is one of the few cards that a college applicant to a school like the University of Pennsylvania has in the back pocket. To not use it is, in a word, nuts.

One reason some folks choose not to apply Early Decision or Early Action is because they don’t think they’ll get the best financial aid offer if they only apply to, say, one school. Here’s our answer, as quoted in “The Daily Pennsylvanian”: “Brian Taylor, the director of college counseling practice Ivy Coach, acknowledges that more underprivileged students may not be applying early because of this but notes that it is a misconception, since many universities, including Penn, have now made financial aid calculators easily accessible on their websites. ‘Yes, fewer underprivileged applicants apply in the early round,’ Taylor said. ‘And often for the wrong reasons — because they want to compare higher financial aid packages when, in fact, you can find that information out without even applying to colleges.'” And while this remains an issue not just at UPenn but at every highly selective college in America, as the piece points out, “Taylor agrees that the diversity of Penn’s early decision round is getting better. ‘It’s still somewhat of an issue, but it is not as drastic as some people may think,’ Taylor said.”

So many students choose not to apply Early Decision and so many of them make this decision for the wrong reason.