Diversity of Opinion at the Ivies 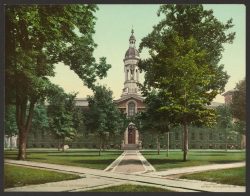 There are some folks who’ve criticized us of late for championing Larissa Martinez, a young woman who will be attending Yale in the fall and recently came out to the world as an undocumented American. To those folks who’ve criticized us, you are entitled to your opinion. And we’re entitled to ours. We stand with great resolve behind the right of undocumented Americans to earn admission to our nation’s most prestigious schools. Of course these young people should earn admission to the likes of Harvard, Yale, Princeton, Dartmouth, Columbia, and beyond — as should students of all backgrounds from all around the world. These are global institutions. Duh.

And to those folks who’ve criticized us for championing a liberal viewpoint, know that we don’t believe this is a political issue. The right of a young person — no matter her background (or rather especially because of her background!) who earned her way into Yale to attend the institution is a no-brainer. And to those folks who’ve chosen to not only criticize us but criticize all Ivy League schools for being too liberal, know that colleges across America tend overwhelmingly to be liberal. The Ivy League colleges tend to be among the most liberal of the bunch. Yes indeed. But does that mean that these very colleges don’t also seek out students with conservative viewpoints? You bet they do!

Ivy League colleges love people with diverse perspectives. They seek out conservative students just as they seek out liberal students, especially the kind of students who show respect for both sides. They want the student who espouses conservative beliefs just as they want the student who espouses liberal beliefs…and everywhere in between. And to those folks who are rolling their eyes, thinking Ivy League schools don’t actually want the conservative-leaning kids, know that of those students who express political beliefs in their storytelling whom we work with every year, we probably help more students espousing conservative beliefs earn admission to Ivy League schools than liberal ones. Chew on that one for a bit.